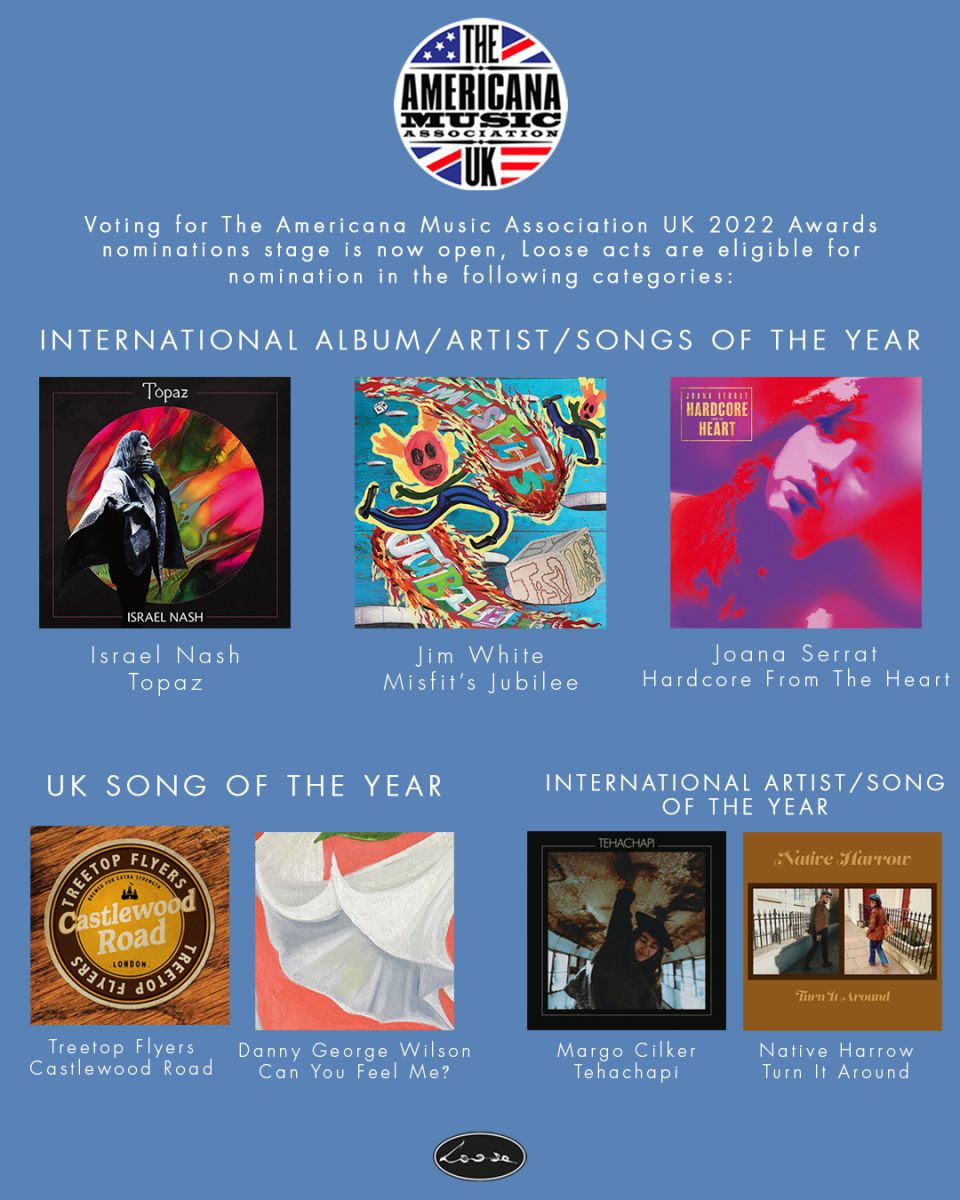 January is suddenly around the corner and here at Loose HQ we’re very much looking forward to the annual Americana Music Association UK 2022 Festival and Awards Show. The Awards nominations stage is now open for AMA UK members, so here’s a handy reminder of eligible Loose artists, albums and songs:-

Joana Serrat - Hardcore From The Heart

International Artist Of The Year:

UK Song Of The Year:

Danny George Wilson - Can You Feel Me?

International Song Of The Year:

Native Harrow - Turn It Around

Nominations close on the 17th October at midnight!