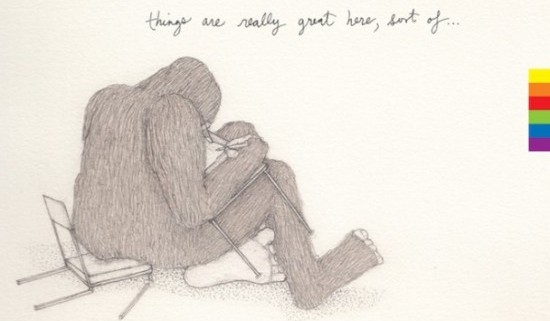 Our favourite professional whistler and multi-talented multi-instrumentalist, Andrew Bird, has been known to cover the odd Handsome Family composition over the years, including When That Helicopter Comes, which featured on his last studio album, 2012's Hands Of Glory. However, today marks the release of Andrew's latest effort, a full album dedicated to covering The Handsome Family - Things Are Really Great Here, Sort Of... The album includes Frogs (under the name of Frogs Singing) from The Handsome Family's most recent album, 2012's Wilderness, as well as a version of that True Detective super-hit, Far From Any Road.For those unfamiliar with the original versions of the songs, Andrew Bird has shared this Spotify playlist of the Handsome Family tracks which feature on his album.With each re-imagining proving to be as beautiful as we would expect, we suggest you take a listen here on Spotify. Find the CD for sale via andrewbird.net/store.You may also be interested to know that the biography on Andrew's website is an interview conducted by Mrs Handsome Family, Rennie Sparks. Read it here.