We're excited to announce that Andrew Combs' new album Canyons Of My Mind will be released on 7th April through Loose & New West. NPR have the video premiere for the brilliant new song Dirty Rain.

""Dirty Rain," a nostalgic lament for wide open spaces that's really a protest against Nashville's rapid gentrification, gains intensity from the swirl of a string section mid-song; the crescendo is gentle, however, mirroring his undulating vocal line and the hazy circles of Jim Hoke's pedal-steel guitar. "What will all the little children say, when the only place to play is in the dirty rain?" Combs ruefully intones, connecting the environmentalist folk-pop of Don McLean with the dystopian mood-setting of Radiohead." - Ann Powers

Go HERE to watch the video and see what else Ann Powers has to say about "one of Nashville's most poetically gifted young singer-songwriters".

As with Andrew's previous album, All These Dreams, the new record was produced by Skylar Wilson & Jordan Lehning in Nashville. Canyons Of My Mind is a landscape where the personal and pastoral converge. Drawing inspiration from the biographies of literary figures like Charles Wright and Jim Harrison, Andrew has created an album that explores the notion of sustainability in its many facets - artistic, economic, spiritual, environmental. NPR’s Ann Powers previously stated, "His song-pictures are gorgeous, but he recognises their impermanence as he sings." This deeply felt sense of ecology, of the transient beauty within nature’s chaotic churn, lies at the heart of Andrew’s approach to his art.

"When I set out to record All These Dreams, I had a distinct vision of what I wanted the record to sound like. It was a cocktail of the Roy Orbison, Glen Campbell, Nilsson vibes that you can hear right there on the surface," Andrews says. "Canyons Of My Mind is much more personal.  It’s a testament to my acceptance of who I am as a man, and who I am becoming."

Canyons Of My Mind is available to pre-order now via PledgeMusic, digitally, on CD, on 180g vinyl and alongside a whole load of exclusive Pledge goodies. Take a look at the album artwork and track list below. 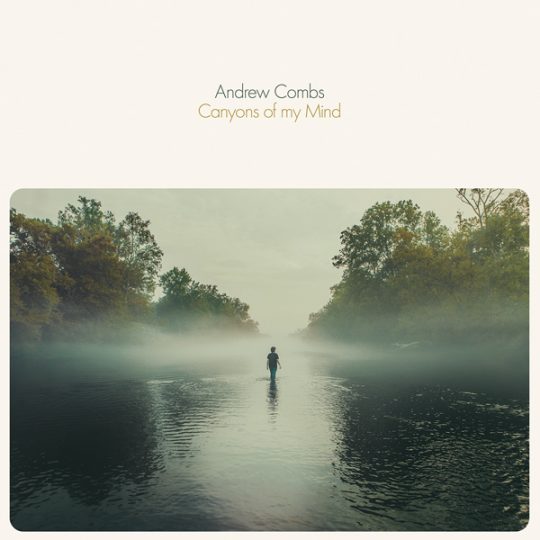