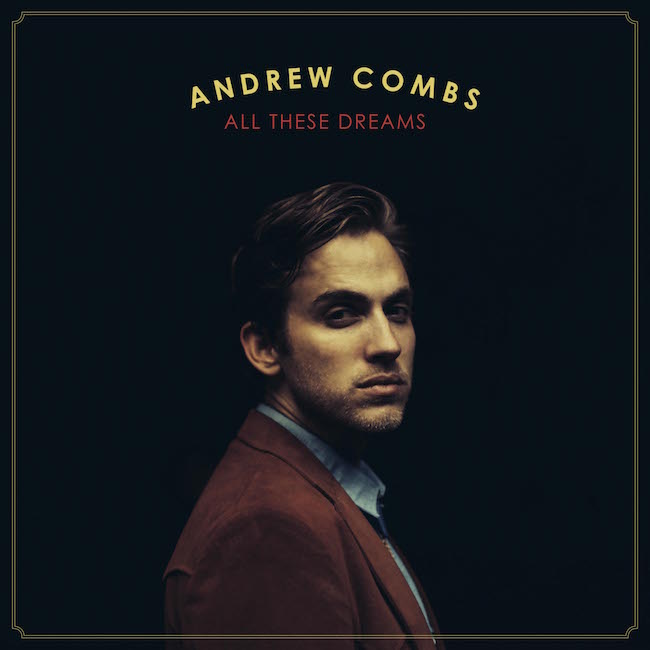 'All These Dreams', Andrew Combs incredible new album is out today in Europe (3rd March in the US). Check out some of the praise for it below, then pick it up, CD or LP, from Loose shop or maybe Rough Trade, where it's the Rough Trade Album Of The Week.

Andrew is currently winning over new fans throughout Europe, touring with label-mate Justin Townes Earle. For a list of shows, go here.

"a formidable talent who can swamp-rock it up with the best of them, and follow that with a delicate acoustic ballad, all wrapped in a honeyed, soulful, puppy dog voice that’s as memorable as the melodies."  AMERICAN SONGWRITER

"…driving the ladies wild with Nashville charm, a story-teller’s approach, and a blend of classic country instrumentation…"  CONSEQUENCE OF SOUND

"He’s got that swagger and still waters thing going on that hearkens back to the legendary Southern singer/songwriters of the seventies as well as the Canyon greats."THE LINE OF BEST FIT

"Combs is an impeccable craftsman indebted to not only the troubadour lineageof his native Texas, but to that magical moment at the turn of the 1960s into the 1970s when country, soul, rock and pop balladry all mingled on sophisticated albums by artists as varied as Kris Kristofferson, James Taylor and Phoebe Snow. All These Dreams flows the way albums did then, with Combs’s vulnerable voice lifted up within lush arrangements in songs that balance pensiveness with yearning."Ann Powers, NPR

"great lyrics, beautiful melodies, softly swooping strings and a voice that sounds like it’s been rolled in tobacco and honey."NO DEPRESSION

"this is insanely well done …one of the finest voices in the genre… So classic, in the right sense of the word." ★★★★★ALCOUNTRY.NL

"in Andrew Combs you have a name you are going to hear a great deal more from. Mark my word."FLYINSHOES REVIEW

"This is a superb album that begs for your attention and repays any investment you might want to make in full."NE:MM