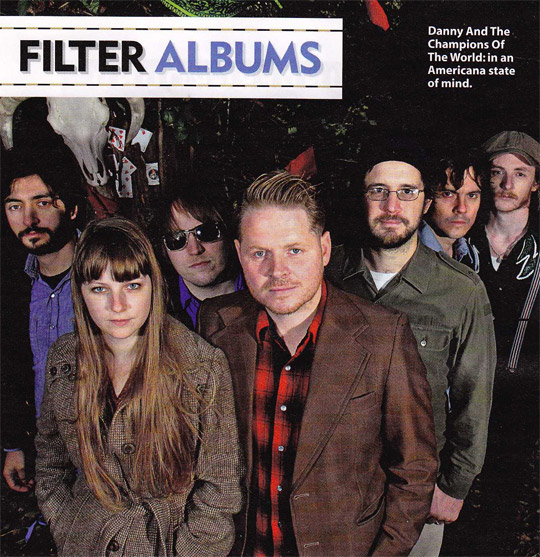 Grand Drive man delivers second album of alt-country goodness. * * * *Formerly of the underrated Grand Drive, Danny George Wilson's casual open door policy in his new band, The Champions of the World, has created an ensemble of musicians for whom Americana is less a genre and more a state of mind. The gentle lo-fi gospel of album opener Henry The Van is good indication of the delights herein. A dusty, wistful sepia-toned postcard from an imagined past, it slots right in between peak Kerouac, Pat Garrett-era Dylan and Crosby, Stills, Nash & Young.Then there's the beautifully rendered English hillbilly of Parakeets, which sees the spirit of the Appalachians transplanted to the rolling hills of the Cotswolds. The pudding is never over-egged, though, and far from feeling contrived or retrogressive, Streets Of Our Time is a convincing and warm record whose shades of melancholy are balances out by its utter sincerity.Ben Myers.