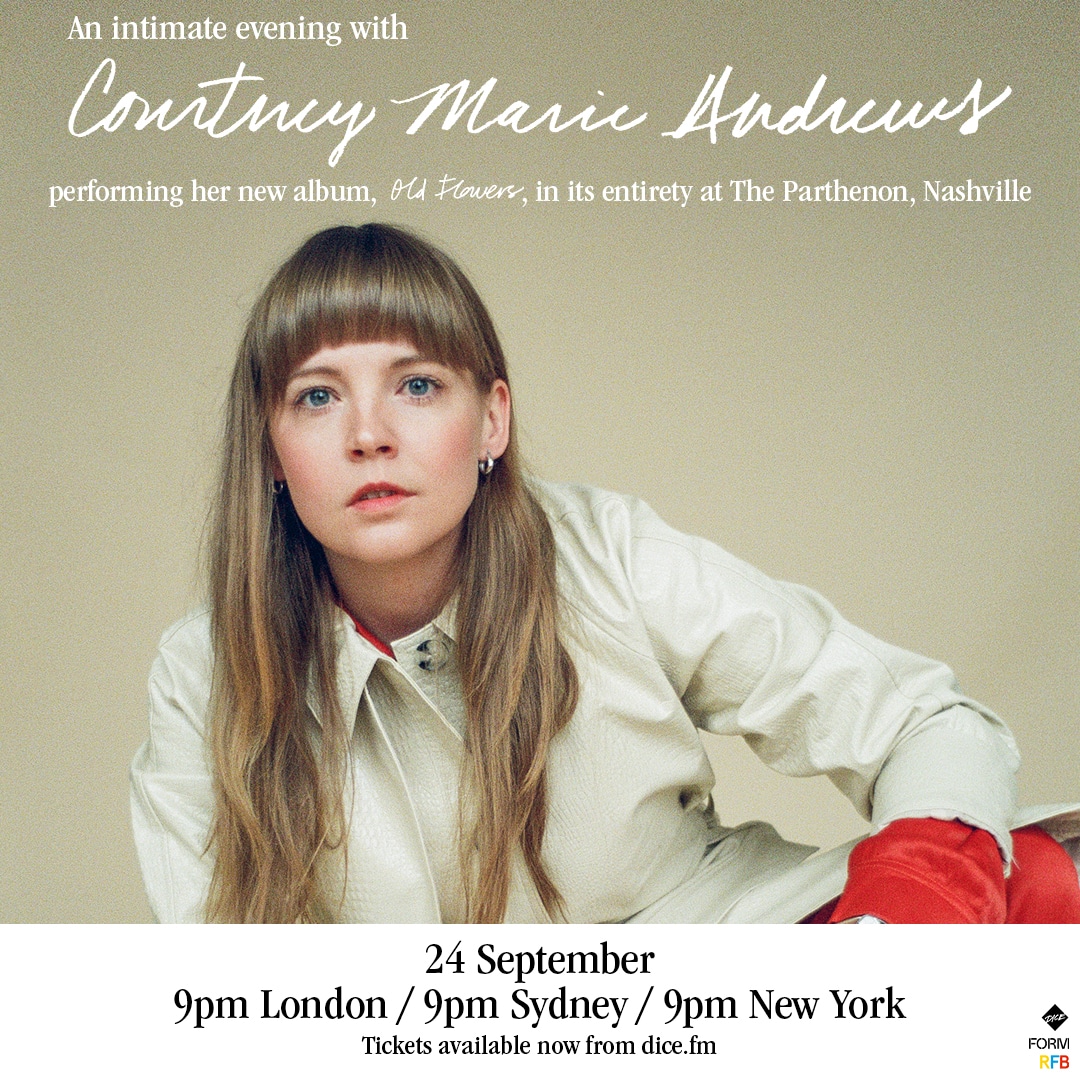 Following the release of her critically acclaimed new album 'Old Flowers', we are excited to announce that Courtney Marie Andrews will be performing the album in it's entirety in a special one-off performance. Taking place at Nashville's Parthenon on Thursday 24th September at 9pm London, 9pm New York and 9pm Sydney time.

Accompanied by special guests Erin Rae and Twain's Matthew Davidson, Courtney will perform the album for the first and only time this year.