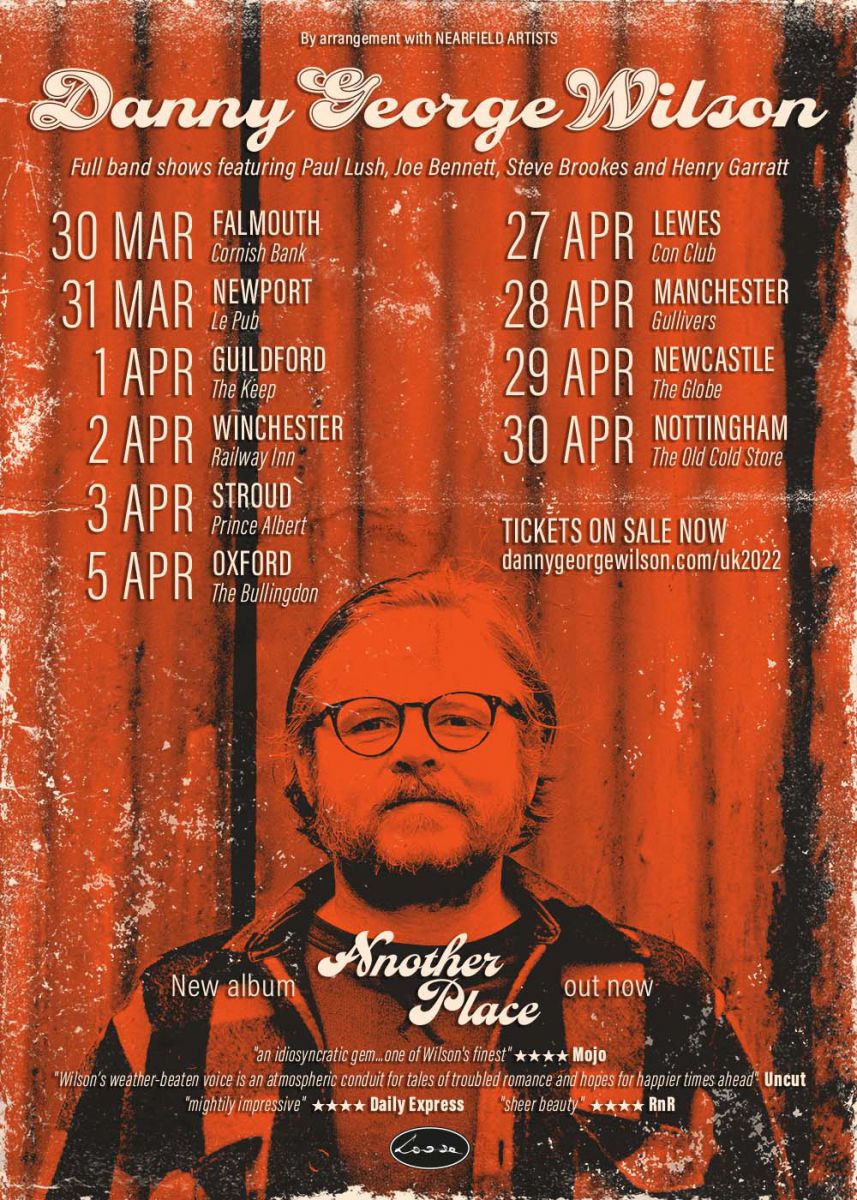 Danny George Wilson will be touring his latest and highly praised solo album 'Another Place' in 2022. He'll be joined by a full band made up of Paul Lush and Steve Brookes of Danny & The Champions Of The World, Joe Bennett of Bennett Wilson Poole and multi-instrumentalist Henry Garratt who featured across the album, plus a couple of very special guests yet to be announced!

Tickets are on sale now over here.