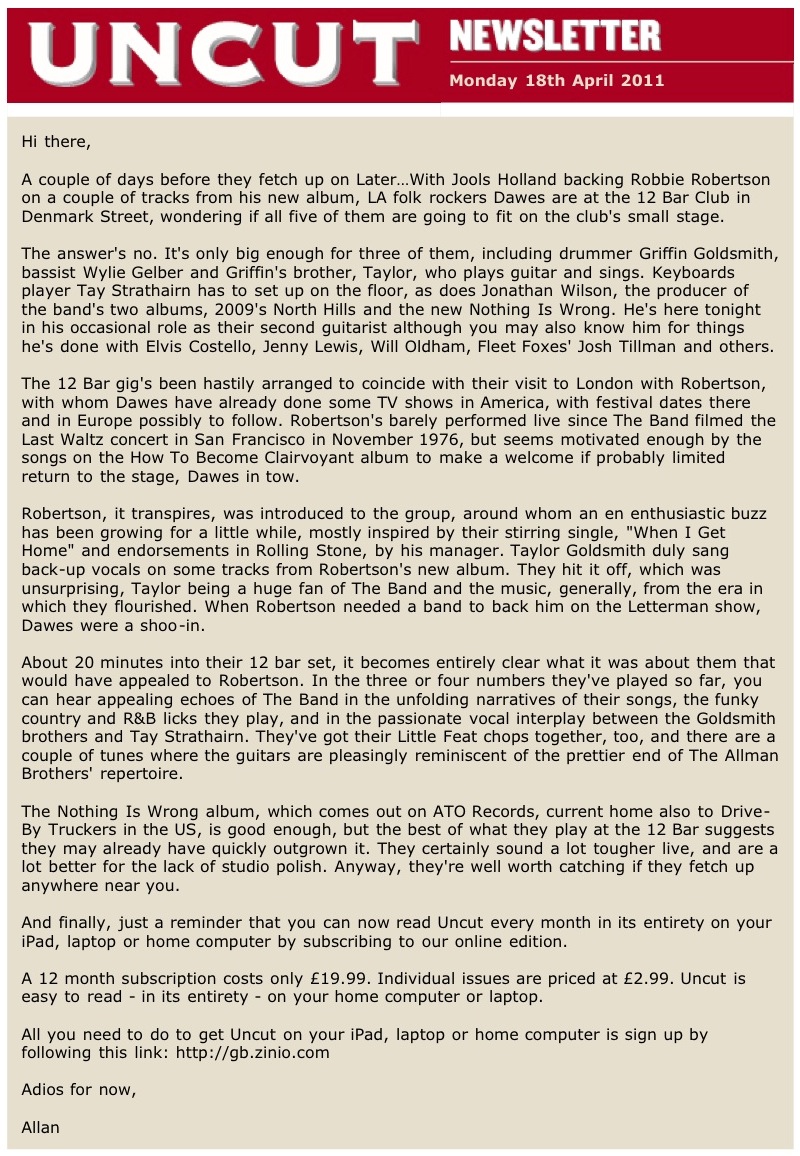 This week's Uncut newsletter is full of praise for  Loose favourites, Dawes."it becomes entirely clear what it was about them that would have appealed to ""they're well worth catching if they fetch up anywhere near you."Click on the image to take a look at all of what Uncut editor, Allan Jones had to say about the band's first ever European gig, held at The 12 Bar last Wednesday, 13th April.Sign up for the Uncut newsletter at www.uncut.co.uk.