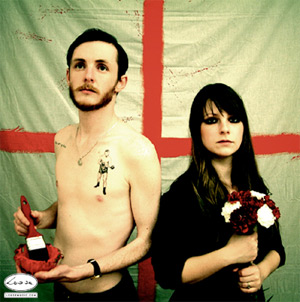 Loose are happy to announce that Trevor Moss and Hannah-Lou will be releasing 'England' as a single Next Month.Trevor & Hannah-Lou said the following; "We shall be releasing a brand new version of the album track 'England' on 26th July, recorded down in the Garden Of England at our very own Jackdaw Studios. To celebrate this occasion we shall be holding a very special concert at St. Pancras Old Church, London.Also on the bill will be fellow Loose Music artists Danny The Champ and The R.G. Morrison. A spectacular venue and a spectacular line up, not to be missed."Get tickets for 'England' single launch at St. Pancras Old Church