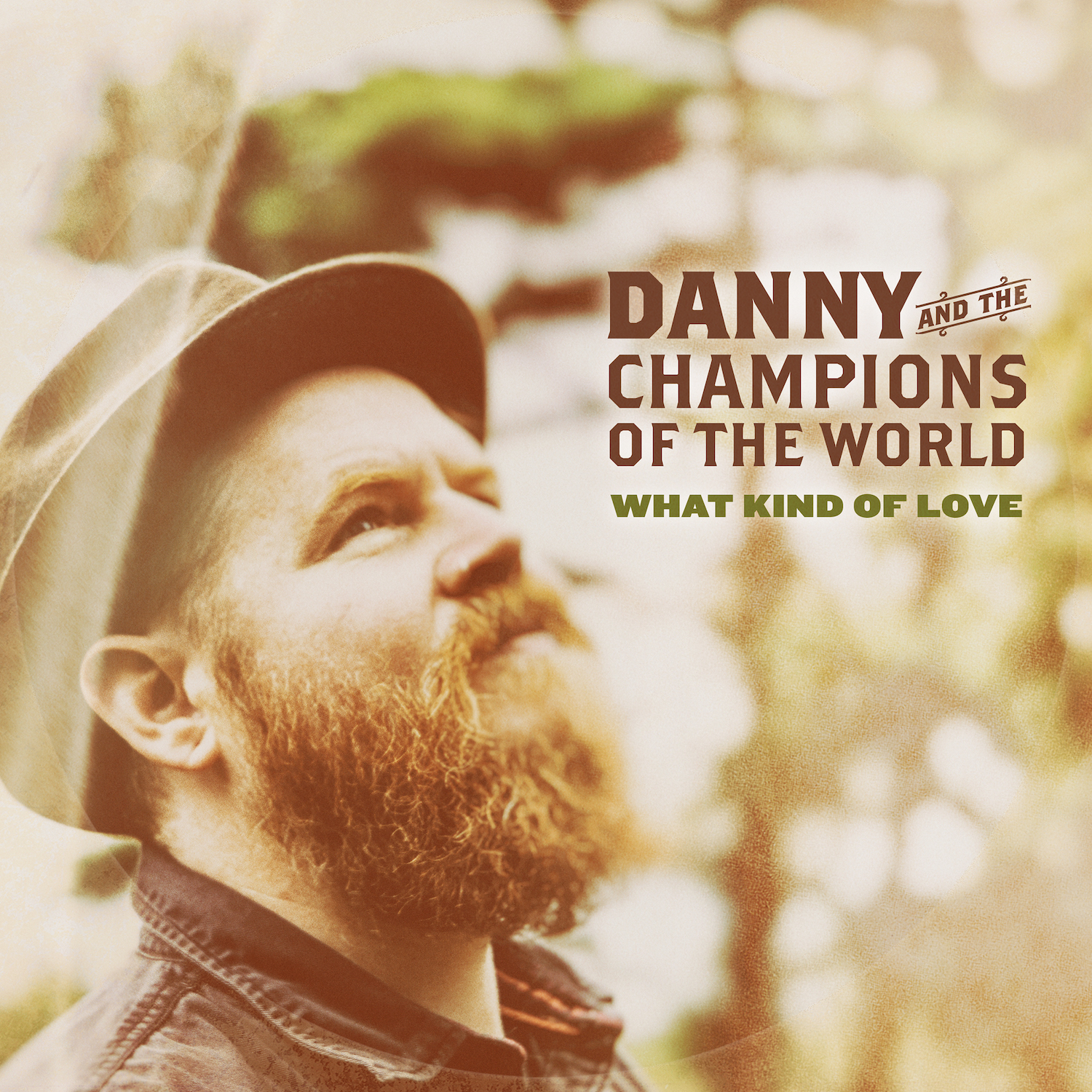 Featured Album 2015: Danny & The Champions Of The World - What Kind Of Love

We've released 7 albums this year, so each day this week we'll be featuring one of those albums and marking down their prices in the Loose Shop, for just this week. Today it's Danny & The Champions Of The World's What Kind Of Love.

Danny & The Champs continue to be hailed as one of the top live bands in the UK, whilst they continue to up their game with each new album. This year's What Kind Of Love has earned them three nominations in the first ever Americana Music Association UK Awards - Album Of The Year, Song Of The Year for "If there’s a better country soul band in the UK, hats may have to be eaten"★★★★MOJO

"makes you sing along with a smile of shared pleasure and a nod of shared recognition of hurt. Like the best kind of southern country and soul."★★★★SYDNEY MORNING HERALD

"Breathtaking... Danny Wilson and his boys have made the blue-eyed soul classic of all time – an album that pays homage to classic soul while adding enough originality to make the collection worthy of a place next to those classic albums cut in the golden age of soul."PENNYBLACK MUSIC

"Imagine Springsteen filtered through a trunk of Stax 45s"★★★★AMERICANA UK

"simply exemplary – Folks, we have a new benchmark!"FATEA

"the feelgood album of the summer"★★★★★R2 MAGAZINE

"What Kind Of Love confirms, if we needed it, that Danny Wilson is one of the country’s most direct, thoughtful lyricists when addressing real human emotions."EVEN THE STARS

"brassy, Caledonian soul that will inevitably prompt thoughts of Van (and perhaps Sam Cooke) tempered with northern and Memphis colours and burnished with some country pedal steel – an unabashedly upbeat and romantic album"FOLK RADIO

"the band’s rich mix of roots and soul is intoxicating throughout, whilst Danny’s voice oozes sophistication, seducing the listener with each and every note – simply flawless, a sensational collection that’ll resonate with anyone who’s ever felt that heartstrings pulled"RHYTHM & BOOZE

"A joyful riot of Caledonian soul, proud horns, country pedal steel and ballads that either break your heart or send it soaring, What Kind Of Love contains some of Danny Wilson’s greatest music yet"SLATE THE DISCO

"a gorgeous slice of soul-infused country, with brassy trumpets and slide guitars vying for attention, and yet it is the candour and honesty of the songwriting that ultimately shines through. Danny’s voice, as ever, simply bleeds passion throughout."★★★★OUTLINE

"An album that just burns with an affirmation for life and music – this is just the album to play with the car windows wound down!"10/11THE ROCK CLUB

"slick, soulful music – the sort that will evoke good vibes in years to come."THE DIGITAL FIX

"Wilson’s delivery is straight out of the Otis Redding playbook and it works."NO DEPRESSION

"from a band that has already proven itself time and time again, this new release seems to reach the zenith of their sound so far"★★★★MYSTIC SONS

"The hooks are profound and effective with a vice-like grip ensuring every second of this outstanding collection is savoured."THREE CHORDS AND THE TRUTH