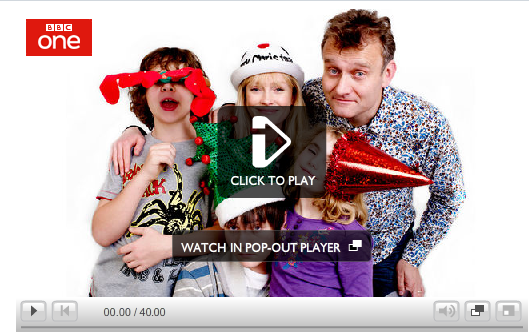 For those of you out there who can access BBCiPlayer, as we write there's still time to tune into this rather bizarre bit of Loose meets BBC sitcom synchronisation bizarre-ness!

The main thread of the show seems to be about the teenage son wanting to illegally download a track, a feat which by the end of the episode he achieves...and its The Felice Brothers "Frankies Gun" and the family all sing along on the sofa as though they are lifelong Felice fans. Bizarre doesn't really cover it, but at least we could afford a Christmas party this year!watch it herehave a great new year