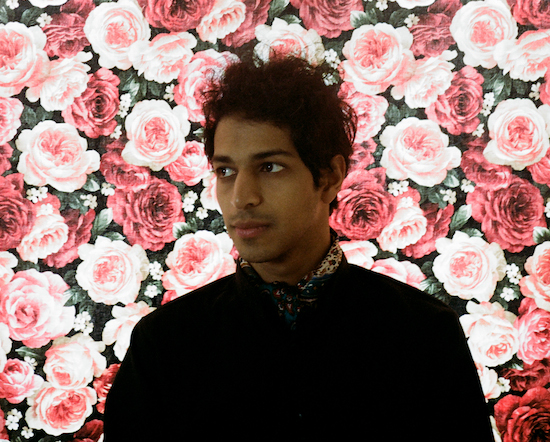 Vikesh Kapoor, welcome to Loose!We are very much looking forward to bringing you Vikesh Kapoor's outstanding debut album, 'The Ballad Of Willy Robbins', for release on the 14th April - a concept album loosely based on a newspaper article, chronicling the brutal but hopeful story of a working class man who slowly loses everything: ambitions, health, family and shelter. A worker’s tale, less specific to the blue-collar life as it is about anyone struggling to make something of themselves.Following a spur-of-the-moment cross-country trip with a pair of fiery European girls, Vikesh Kapoor left school for a brief yet inspiring stint as a mason’s apprentice. The America he had previously known resided narrowly between his childhood home in rural Pennsylvania and the New England university he left home for. Alongside his parents’ own immigrant struggles, these experiences quickly witnessed Kapoor to the scope of the American dream.A few years later, Kapoor performed at Howard Zinn’s memorial service in Boston, in front of Zinn’s family and colleagues (including Noam Chomsky). Roused by Zinn’s lifelong battle against class/race injustice, Kapoor spent the next two years in Portland, Oregon working on his full-length debut record.The New Yorker has already voiced its opinion, describing it as "...a series of sharply etched portraits of struggling Americans that points back along a road of socially conscious songs. Woody Guthrie is standing at the head of that road."Check below for the official video for Bottom Of The Ladder - the opening track from the forthcoming album.The Ballad Of Willy Robbins, out April 14th 2014 on Loose, was co-produced by Adam Selzer (M. Ward) and features Nate Query (Decemberists, Black Prairie), Jeff Ratner (Langhorne Slim) and Birger Olsen (Denver). Pre-order on CD/LP from the Loose shop.http://youtu.be/4v9K72YlPlU