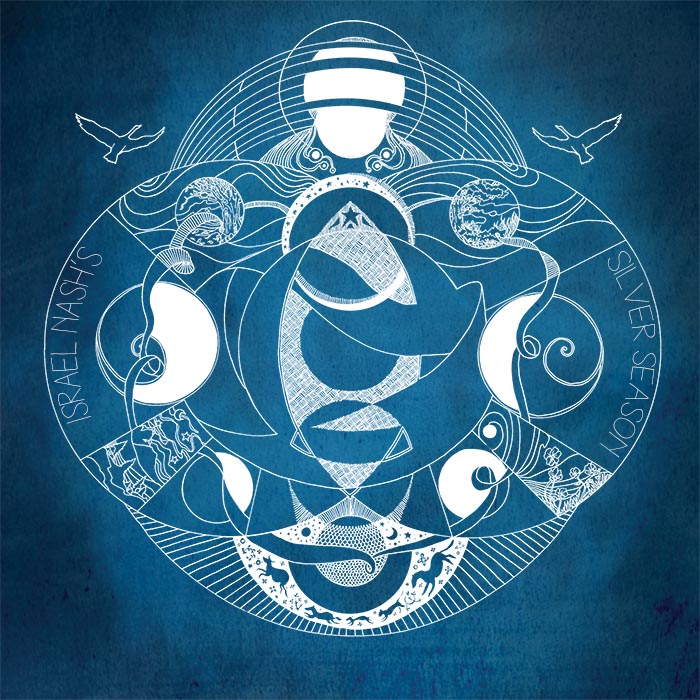 Israel Nash's Silver Season Out Today - Check Out These Reviews

Israel Nash's totally incredible new album Israel Nash's Silver Season is out today throughout Europe and North America too, with help from our ace Nashville-based pals at Thirty Tigers. Unfortunately the vinyl has been delayed and won't be available 'til the beginning of November, but we promise it'll be well worth the wait, being 180g vinyl in some rather special packaging... In the meantime, you'll find CDs in your favourite record shops or download via iTunes here or Amazon here.USA, don't miss Israel Nash on tour over the next couple of months (dates here) and Europe, stay tuned for tour news, coming soon.Now won't you check out some of these album reviews...

"Nash settles into a languid, hallucinatory groove that recalls mid-1970s Neil Young and the more recent mystic wanderings of My Morning Jacket …Cosmic Americana of the very highest order"★★★★½CLASSIC ROCK

"The next player on a continuum that stretches from CSNY and Gene Clark to My Morning Jacket and Jonathan Wilson. An unambiguously terrific album"★★★★UNCUT

"‘Israel Nash’s Silver Season’ is, without exaggeration, an absolute masterpiece."★★★★★GOD IS IN THE TV

"There is more texture, space and experimentation in just any one of the songs on ‘Silver Season’ than most bands could ever hope to realise over a whole career in music….the best album of his career so farThe sound these five guys make as a unit is incredible and far too rare. "PENNYBLACK MUSIC

"The subtle funk of this type of classic American-folk rock is notoriously difficult to master… this band not only masters the genre, but bends it to their collective will. And Nash has the confidence, where the material requires it, to add prog and psychedelic trimmings"★★★★KEMPTATION

"He returns again with Israel Nash's Silver Season… transporting the listener through space and time using his experience around the country as inspiration."KCSN

"Israel Nash has a way of making music into movies. His songs are staged with luxurious swashes of sound, his vocals slowing unfolding stories steeped in daily life mysticism giving the simple steps we take a greater importance."THE ALTERNATE ROUTE

"his unique way of approaching Americana, country, psychedelia, and folk speaks for itself, particularly on the new single "Strangers"—an ambitious and immersive rock epic that runs almost seven minutes in length (and stands strong the whole way through—have no doubt about that)."FLOOD MAGAZINE

"at once expansive and cinematic, yet intimate and introspective – a gorgeous project that reflects the group’s maturation and cohesiveness."BEST NEW BANDS

"a collection of songs from the heart, propelled by haunting harmonica, gripping pedal steel and Nash's silky voice."DALLAS MORNING NEWS

"on tracks like "The Fire & The Flood," Nash lets his voice dip into its natural register, revealing an artist with his own vision. Lap-steel sunbursts abound, but they’re stretched to psychedelic ends and plunged into multi-instrumental jams that resemble Phosphorescent."NO DEPRESSION

"Israel Nash’s Silver Season breathes a sense of freedom that can hardly be put into words but fits perfectly well into his art."CLASSIC ROCK

"49 minutes are almost too short for music that has the epic breath of a fanciful, entwined western"ROLLING STONE

"a wonderfully free-spirited record with a melancholic undertone and catchy melodies, deeply rooted in tradition without sounding outmoded at all. This is how it should move on for the bearer of hope in Americana music."PIRANHA