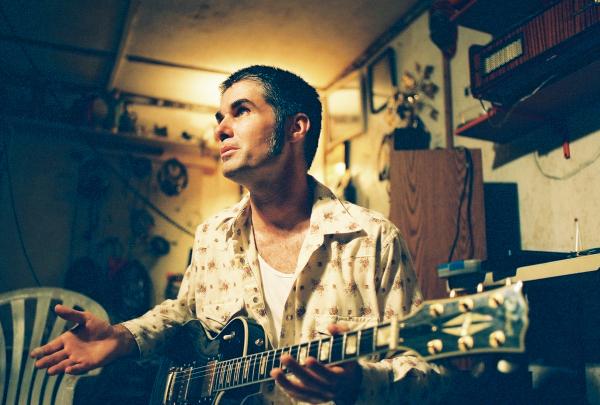 On Tuesday evening Marc Riley gave Jim White's new track, Speeding Motorcycle it's first bit of UK airplay on his 6 Music show. If the song sounds a little familiar, that's probably because it is. It's a cover of the Daniel Johnston track.Uncut magazines's Rob Hughes was on hand to give the album a brief review and a bit of a plug. Give it a listen on the BBC iplayer here, towards the end of the show.Jim's album Sounds Of The Americans is out on 23rd May, available to pre-order here from the Loose shop.Here's a little reminder of where you can catch him playing next week:02/05  LONDON, Jazz Cafe04/05  BELFAST, Empire Music Hall05/05  GATESHEAD, The Little TheatreIn addition to this, Jim will also be supporting Ron Sexsmith at the Barbican this Saturday (30th April), although the show is already sold out.