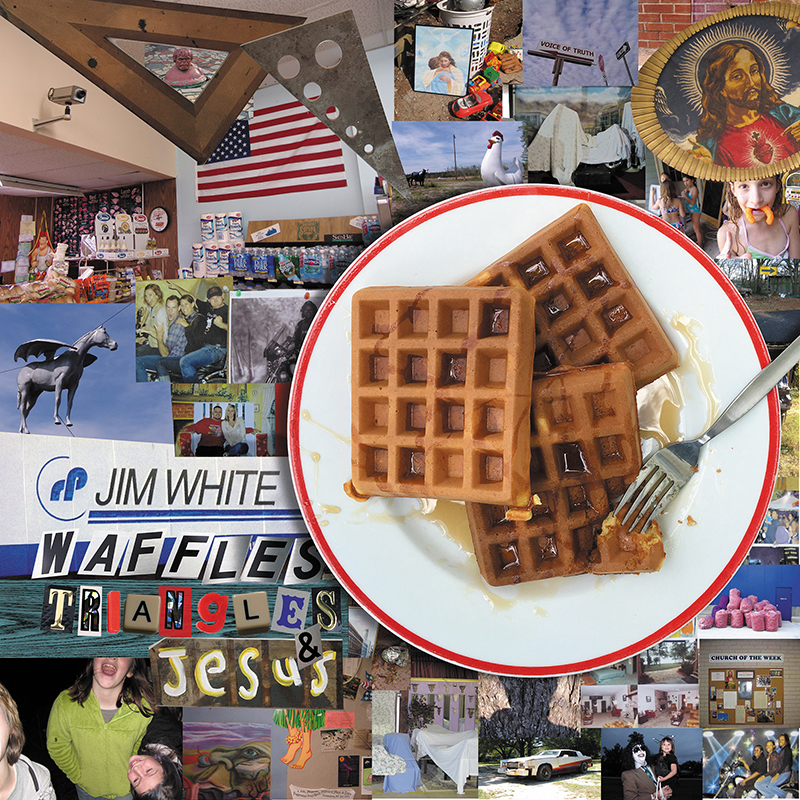 AMERICANA ALBUM OF THE MONTH - 8/10UNCUT

"Jim White brings a diverse wealth of worldliness to his arcane observations, which on Waffles, Triangles & Jesus finds familiar Americana tropes and sounds given his distinctive twist." ★★★★THE INDEPENDENT

"White remains one of modern music’s most fascinating artists. A former dishwasher, landscaper, model, lifeguard, cook, surfboard laminator, road builder and taxi driver, White emerged alongside the nascent ’90s alt.country scene as someone making a sound entirely of his own. Across five albums – and his live shows – he’s built a reputation as a consumate storyteller with a DIY aesthetic and an outsider mentality."THE LINE OF BEST FIT

"The more I have listened to this album, the more interesting it has become. The music is greater than perhaps I originally expected but the album became infinitely fascinating the more I listened to the words and I wondered why that should be. Then I realised. Jim White is primarily a storyteller… White enjoys telling stories and the stories on Waffles, Triangles and Jesus are as good an example of his art as you can get. …this is storytelling first, with the music a very close second."FOLK RADIO

"This is a delightfully refreshing entry into a timeless musical format, and fans of Americana should enjoy themselves with White’s latest" 9/10 SOUNDBLAB