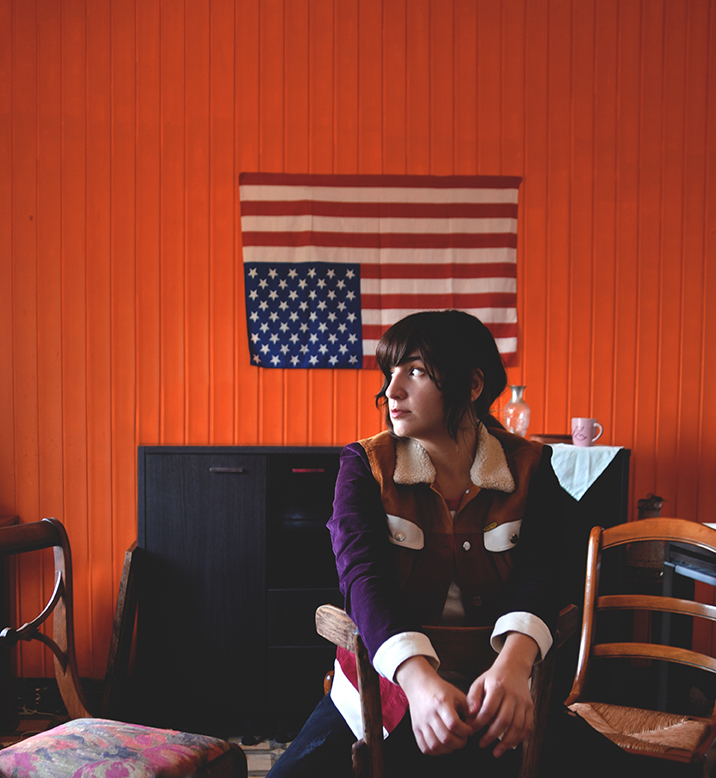 There have been whispers that Joana Serrat has a new album on the way. A new album titled Dripping Springs, named after the Texas Hill Country town near where Joana recorded with label-mate Israel Nash. Well now we're very excited to share the first song from this new record, here's 'Trapped In The Fog': Joana Serrat explains the inspiration behind the track: "Trapped In The Fog is an oneiric song through which I can travel in time, no matter if it’s past or future. I wrote this song one night that I was driving back home after a solo show. Where I live there's a lot of fog in winter and suddenly that very night in the middle of the forest, the road got surrounded by shoals of fog. It was very hard to see and I had to slow down. The haze was constantly taking different shapes, it seemed to dance. It felt like a metaphor for life and I had the feeling something inside the shadows was talking to me."As with the ten other tracks on the album, the song features Joey & Aaron McClellan, (Midlake, BNQT, John Grant, Israel Nash), Eric Swanson and Josh Fleischmann (both Israel Nash). Elsewhere on the album, other guests include Trampled By Turtles lead singer Dave Simonett, Dennis Love of Futurebirds, as well as Israel Nash himself providing additional guitar and backing vocals. Israel Nash produced the album, with Ted Young (Grammy award winner for The Rolling Stones) on engineering and mixing duties.Top guitarist Joey McClellan tells us, "it was very easy to work with Joana because she knows where she wants to go and she leads us all there. Joana’s lyrics are brilliant. She uses images and colours to describe her songs and luckily that's the way we are used to working." Joey McClellan adds, "her voice was our guide".Spanish music magazine Mondo Sonoro, keen to review the new record, has already awarded it 9/10, telling readers "It's hard to explain why you like a record sometimes it's just a matter of skin: if it gives you goosebumps that's it. In other words a record gets to you when it touches something inside like a kind of spring that triggers a chain of emotions. An artist either has this or not but it’s something that can never be forced... But all that would mean nothing if Joana Serrat wasn’t rolling in talent and sensitivity in this album if she didn’t have "that thing" capable of shaking your spirit."Dripping Springs will be released digitally, on CD & and on 180g vinyl on the 29th September 2017 via Loose. Pre-order via smarturl.it/drippingsprings