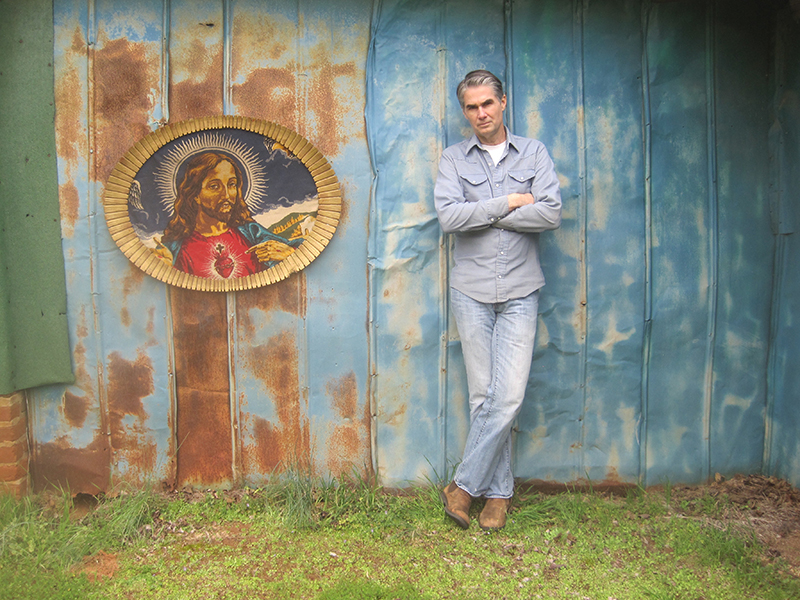 Listen To Jim White's New Song 'Drift Away', Out Today

'Drift Away', the second new track to be shared from Jim White's forthcoming new album, is out today.Speaking to Folk Radio, Jim explains the inspiration behind the song: "In my late 20’s I found myself increasingly drawn to the company of profoundly damaged romantic partners, mistaking their devils for my own. Big mistake–one fuelled by a weird cocktail of personal cowardice and hubris.

We all have our crosses to bear but every one is balanced differently. Even a big man can struggle carrying a small cross if the balance is unorthodox and when you come to that point where you finally realise you’ve fooled yourself into carrying the wrong load and you’re living in bad faith, sooner or later you face that choice to either walk on in your wrongness, raging against your own miscalculation, or try to lay said cross down, leave it behind, praying powers of mysterious grace carry you beyond the valence of said crosses gravitational field. The latter is harder than it sounds for those configured like me.

Drift Away is a simplified representation of that complicated proposition."

Read the full Folk Radio feature here, which includes a rather fine review of new album, 'Waffles, Triangles & Jesus', which comes out on the 10th of November. Pre-orders are happening here. Jim will be touring Europe throughout November. Find tickets and tour dates here.We'll leave you with this, from Folk Radio:"The more I have listened to this album, the more interesting it has become. The music is greater than perhaps I originally expected but the album became infinitely fascinating the more I listened to the words and I wondered why that should be. Then I realised. Jim White is primarily a storyteller. In the Tiny Desk Concert, Bob Boilen tells how difficult it had been to get a succinct tale from White; after pleas for brevity, each iteration was returned even lengthier. White enjoys telling stories and the stories on Waffles, Triangles and Jesus are as good an example of his art as you can get. Paraphrasing Bob Boilen, this is storytelling first, with the music a very close second."