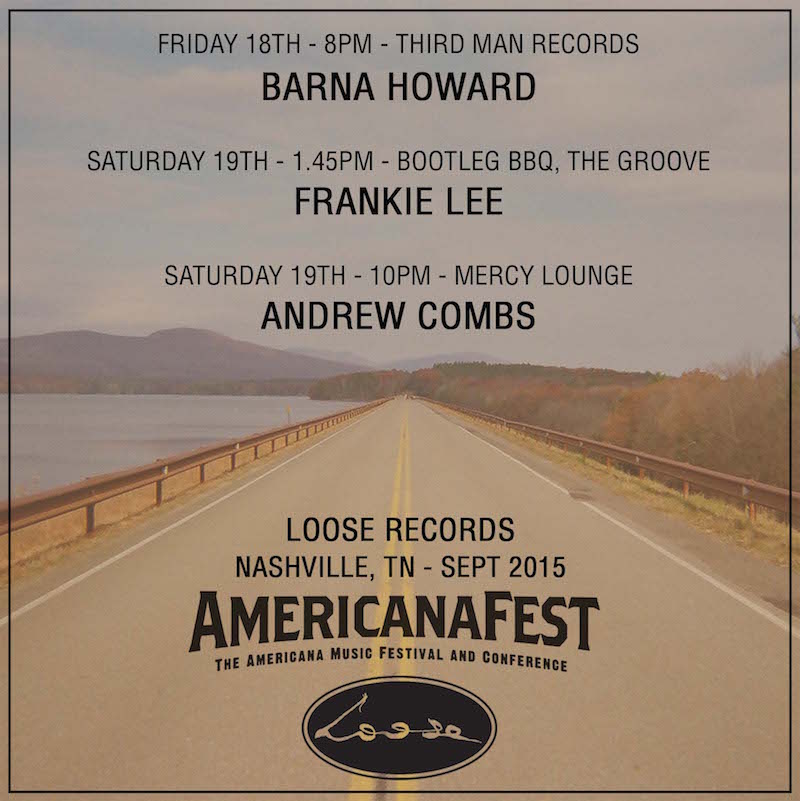 Team Loose'll be heading out to Nashville next week for the annual Americana Music Festival.The festival kicks off on Wednesday evening, with the Americana Honors & Awards ceremony at the Ryman Auditorium. Sturgill Simpson, who picked up the Emerging Artist Of The Year Award in 2014, has been nominated for three awards this year - Artist Of The Year, Album Of The Year and Song Of The Year.Unfortunately Sturgill won't be playing this year's festival, but we're very excited that Andrew Combs, Barna Howard and Frankie Lee will all be there, showcasing their songs. Barna plays 8pm on Friday night at Jack White's Third Man Records, Frankie & his band, 1.45pm at the Bootleg BBQ at The Groove (no wristband required, plus free BBQ & beer!), then Andrew & his band play the Mercy Lounge, 10pm on Saturday night. 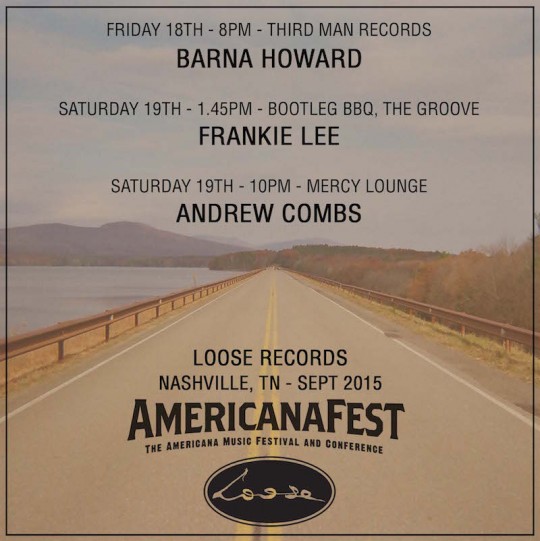