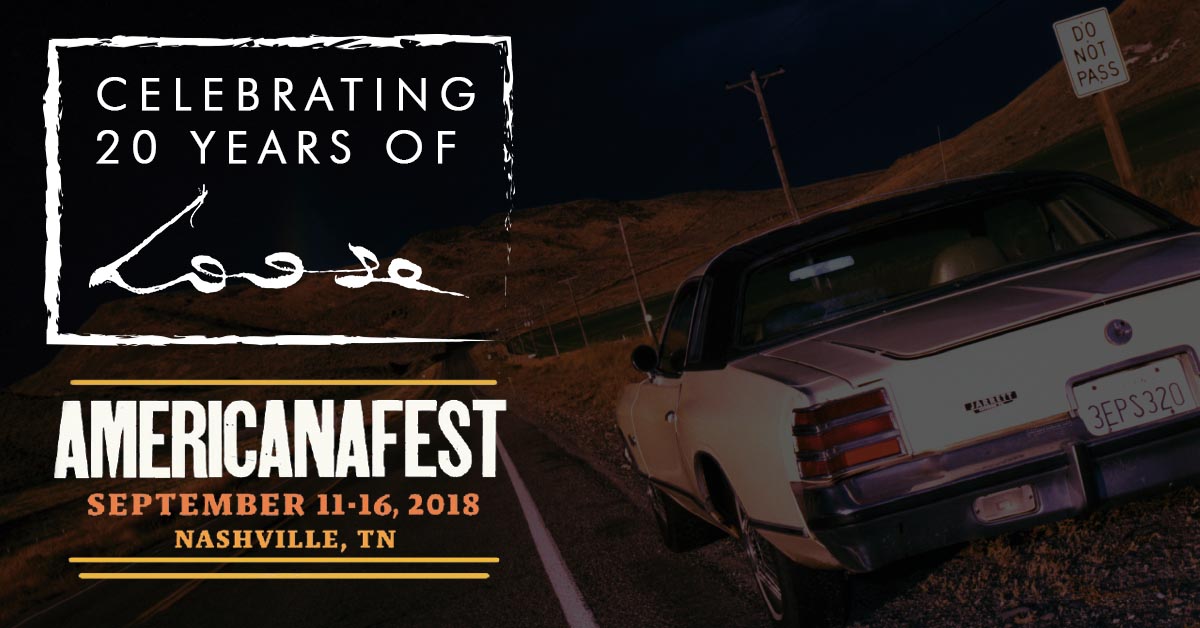 Following on from the revelation that Loose has been around for 20 years and that we'll be celebrating by taking over a stage at The Long Road Festival in September, it seemed only right that we should continue the celebrations into the following week, when we head out to Nashville for our annual outing to Americanafest.On Thursday 13th September you'll find us in the conference centre, bringing our Loose panel from January's UK Americana Music conference to the US. Joining Loose Tom and Julia on the panel will be top music lawyer and recently crowned President of Rounder Records, John Strohm. John, previously a member of The Lemonheads, also featured on the first edition of Loose's New Sounds Of The Old West compilation, with his song "Thelma". In London we were joined on our panel by Loose artists Danny George Wilson of Danny & The Champions of The World and Joana Serrat, whilst in Nashville we'll have Ruarri Joseph of William The Conqueror and Patrick Ferris of The Americans. As in London, Crispin Parry of British Underground will be keeping us all on track in his role as moderator. 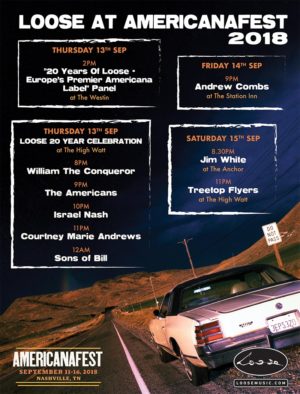 Following the panel, we'll be heading on down to The High Watt to host the all Loose line-up that evening:-8pm: William The Conqueror9pm: The Americans10pm: Israel Nash11pm: Courtney Marie Andrews12pm: Sons of BillOther Loose artists performing official showcases at AmericanaFest this year include Treetop Flyers (Saturday 11pm, The High Watt), Jim White (Saturday 8.30pm, The Anchor) and Andrew Combs (Friday 9pm, Station Inn) In fact, we've made a couple of handy Spotify and Youtube playlists of everyone here.Meanwhile, The AMA UK will be taking over Nashville Underground, showcasing some of the British artists attending the festival, including Treetop Flyers andWilliam The Conqueror, who both play the AMA-UK Friday Shindig, between 5 and 7.30 pm,And surely we already mentioned that Courtney Marie Andrews is up for the Emerging Act of The Year award... The awards ceremony takes place at The Ryman Auditorium on Wednesday 12th September. There's likely to be a livestream for those who'd like to tune in to that.