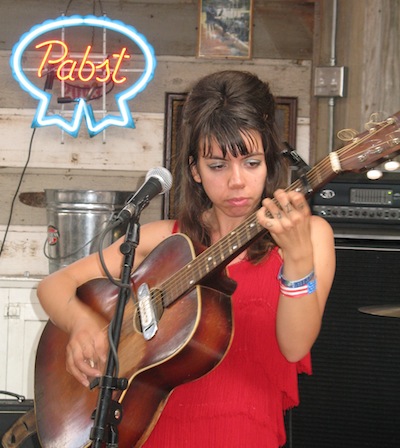 It seems that the band name Hurray For The Riff Raff divides opinion. (We of course happen to think that it's a fantastic name.) Fortunately people seem to be less split over how good the music is. Take Mojo Magazine, for instance - they have named HFTRR as No.2 in their Magnificent SXSW Seven list. Here's what they said:"Forget the fact that they're blessed with one of the worst names in the world right now, and concentrate on Alynda Lee Segarra and her New Orleans troupe's ability to pen irresistible country-folk vignettes. The appallingly abbreviated HFTRR turned in a heart-stopping performance at the MOJO Bootleg BBQ this year and served up a new tune, Soul Song, which underlined their immense potential and seductive power. Watch for them when they tour the UK in May and dig into their self-titled debut that is out on the Loose label now."THIS was them playing that new song at Mojo's Bootleg BBQ.And THESE are their UK tour dates.