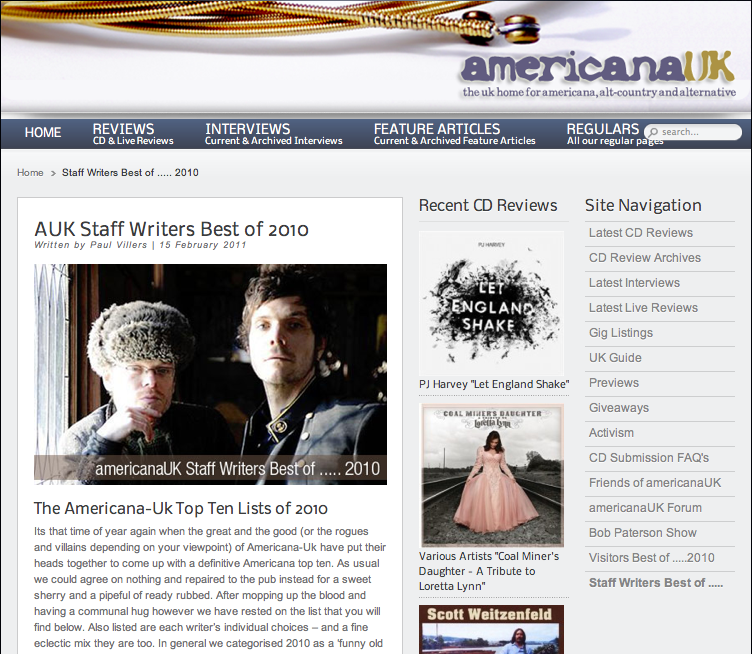 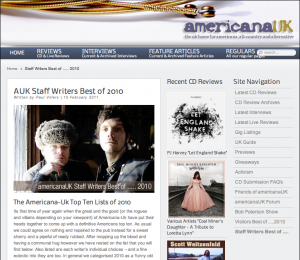 This has got to be the last of the 2010 Best of lists, but what with the love shown for The Duke & The King and Danny & The Champs, we couldn't not share with you the Americana UK Staff Writers' Top 10s.Take a look at the lists in full HERE. Allow us to share with you the highlights...Topping the The Americana-Uk Editorial Team’s Top Ten of 2010, we have Long Live The Duke & The King, beating so many great albums by the likes of John Grant, Phosphorescent, Drive-By Truckers and Justin Townes Earle."What we have here is a near enough perfect exposition of Americana – that crossroads (to paraphrase Levon Helm) where folk, blues and soul meet, shake hands and share a drink"The writers then had their own say in their individual polls. Here's what they had to say about Long Live The Duke & The King:"Another glorious creation from Felice""Another Americana/soul mash up which pushes all the right buttons""A masterpiece of psychedelic country-soul, fully showcasing their ever-developing vocal playfulness""The Duke & The King are currently the best live band on the planet and ‘Long Live The Duke & The King’ expands their musical palette with a worthy follow-up to last year’s 'Nothing Gold Can Stay'"Meanwhile, editor Mark Whitfield places Danny & The Champs' Streets Of Our Time at No.7 on his list. This being our most favourite quote from the article:"The nicest bloke in music, Danny George Wilson, releases yet another album of classic sounding country-soul with his band of epic proportions, a genre which he almost owns himself he's that good at it."