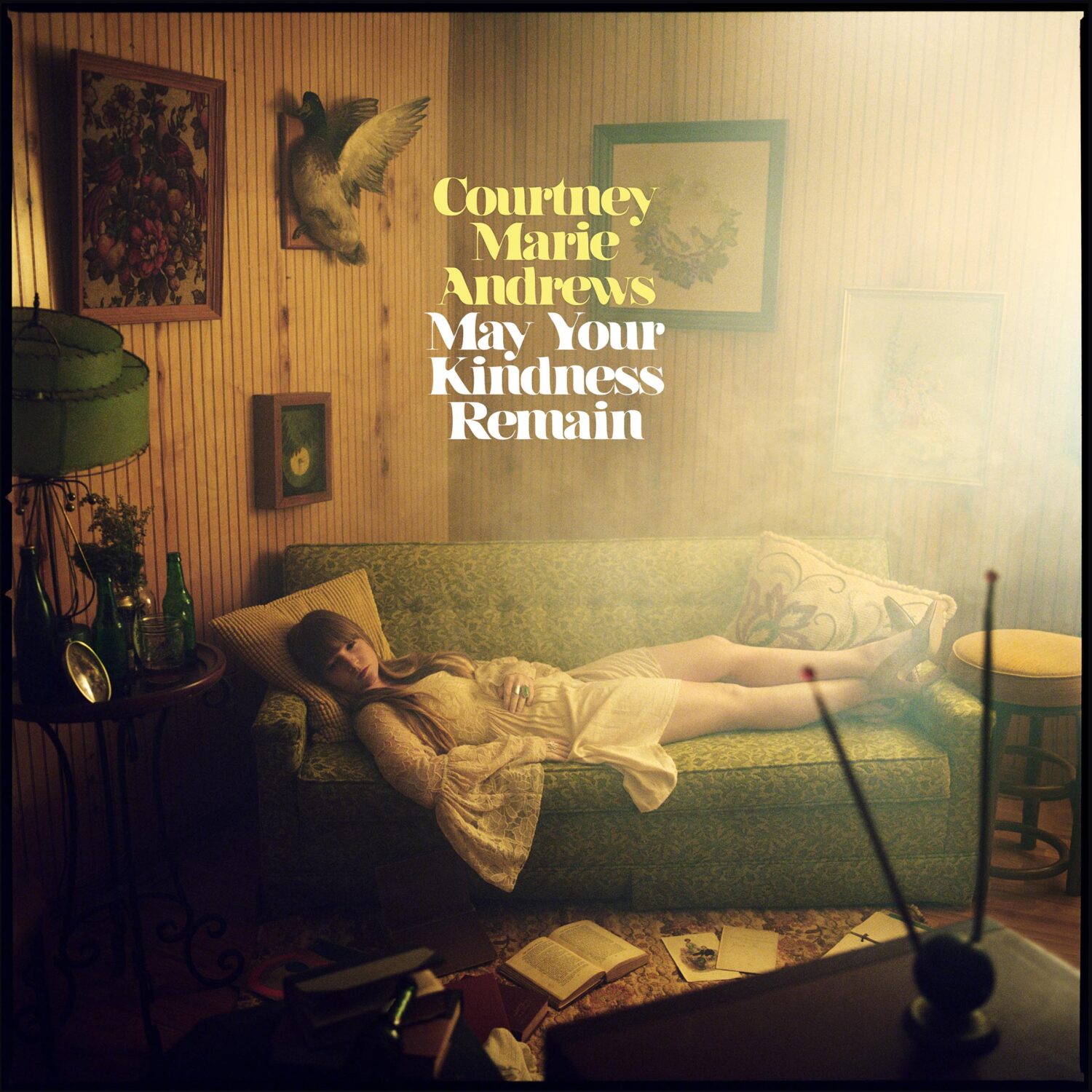 We're very excited to share the news that Courtney Marie Andrews' new album May Your Kindness Remain will be out on 23 March. If you haven't already spotted The Line Of Best Fit and NPR Music sharing the title track, you'll no doubt be very excited to learn that you can listen below.People are already heading HERE to pre-order the album. Allow yourself to be tempted by the limited edition heavyweight gold vinyl, available exclusively through independent record shops.Some more about the new album then :-Produced by Mark Howard (Lucinda Williams, Bob Dylan, Emmylou Harris, Tom Waits), the album was recorded over eight days at a rented house-turned-studio in L.A. In addition to Courtney on vocals and electric & acoustic guitar, the album features her band of Dillon Warnek (electric guitar), Daniel Walter (organ, Wurlitzer, accordion), Charles Wicklander (piano, Wurlitzer), William Mapp (drums, percussion), Alex Sabel (bass), along with C.C. White (background vocals).Of the album and the inspiration behind its ten songs, Courtney tells us, "The people that I’ve met on the road these past few years got me thinking about my childhood, and the people around me that I’ve known, and the stories that come from my family. It became clear how many people are struggling through the same issues. People are constantly chasing that bigger life. A lot of people are poor in America—and because of those unattainable goals, they’re also mentally unstable, or sad, or depressed or unfulfilled. A lot of people—myself included at some point in my life—are loving somebody through this. That’s sort of the theme of the record: coming to terms with depression and the reality of the world we’re living in."Don't miss Courtney on tour. Find tickets links and listings here.