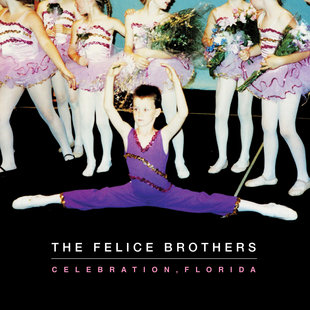 Here at Loose, we are ridiculously happy. This is almost entirely a result of having just confirmed that we will be releasing The Felice Brothers' new album. Out in the UK on 16th May, it's titled "Celebration, Florida". We really can't wait for you all to hear it as it's so, so good!But don't just take our word for it, Allan Jones, the editor of Uncut Magazine has also had the pleasure of a sneaky preview. Here's what he wrote in Monday's Uncut newsletter:"As I write, I'm just listening to a stream of the new Felice Brothers album, which I only heard about on Friday. It's called Celebration, Florida and it's out here in mid-May and by God, it sounds good. The track that's playing now is called "Oliver Stone" and like much of the album on first listen it's rueful and melancholic, less noisily abrasive than much of 2009's Yonder Stands The Clock. It was recorded from what I can gather in the gymnasium and theatre of an old high school in Beacon, New York, and although musically it shows how far they have moved on from their early records, and is certainly their most sonically expansive outing to date, it has something of the feel of 2007's Tonight At The Arizona, the album that first turned us on to them.Track listing for the album is: "Fire At the Pageant", "Container Ships", "Honda Civic", "Oliver Stone", "Ponzi", "Back In The Dancehalls", "Dallas", "Cus' Catskill Gym", "Refrain", "Best I Ever Had" and the seven-minute epic "River Jordan", a highlight of the show the band played in 2009 at the Shepherd's Bush Empire and a stand-out here. The last couple of minutes of it are absolutely electrifying." - Allan Jones