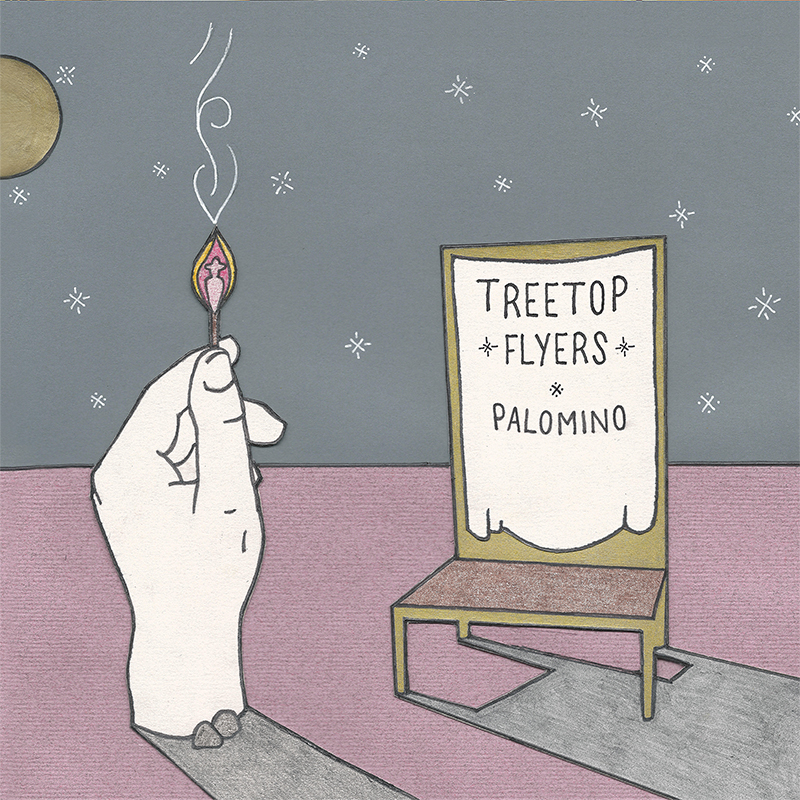 The day is finally here; Treetop Flyers' super sensational second album, Palomino, is now out in the world. Head on over HERE to Clash magazine, where you'll find a stream of the full record, along with singer Reid Morrison's exclusive track-by-track guide. Pick up a copy of the CD or double LP HERE from the Loose Shop.Now check out these quotes and stars, won't you :-

"harmonies tighter than tight and a full, big sound that feels greater than the sum of its parts. Both honest and brave, Palomino must be shared."AESTHETICA

"a fittingly great-sounding record, with the band magically tight and melodically assured as they play songs bathed in an evocative ’70s West Coast glow, while drawing on influences including outlaw country, soul and Nigerian psych"★★★★UNCUT

"’Palomino’ is layered in folk-rock textures, recalling that Laurel Canyon sound yet with a defiantly modern twist.""...some of their most visceral songwriting to date."CLASH

"it’s those wonderfully tight vocal harmonies that really set Treetop Flyers apart. Whether it’s the driving refrain of the final track Wild Winds, or the tidal wave swell of It’s A Shame’s chorus, they are rarely less than sublime."★★★★MUSIC OMH

"Treetop Flyers have emerged from the depths of despair to release almost an hour’s worth of some of the strongest music in recent memory... simply brilliant.Seductive music in the best sense, riffs take hold in your consciousness and don’t let goProcure this disc immediately!"FOR FOLKS SAKE

"The riffs are consistently invigorating, the melodies lavishly seductive, and the vocals so persuasive - A warm, deeply personal album with a heart full of soul."GOD IS IN THE TV

"when the songs are so good as to be labelled ‘classic’ you have to overlook the debt they owe to the past and simply enjoy the ride."NE:MM

"It is lilting and like a warming 60s-infused melting pot with poetic lyrics and stand-out tracks such as You, Darling You, Lady Luck and 31 Years. The Treetops are set to fly."★★★★XS NOIZE

"passionate and powerful, with vocals that are both folksy and honest, and soulful and true…. Let’s not dwell on greatness, let’s look at when the album tipples over into the sublime. Three times to be precise."LIVE 4 EVER

"a crafted collection of gorgeous guitar songs silver sealed with a voice mainlined straight to the heart"★★★★NARC.

"Dance Through The Night is a fantastic tune and a phenomenal way to return… For a track that boasts six minutes it has all of the pop accessibility and satisfaction of a quick two minute moment of lust. Absolutely superb"EXPLODING HEAD SYNDROME

"In all its glory, Palomino is a dreamy rock tinged record with its alt edges and soulful centre. It mixes venom with style and announces the return of Treetop Flyers as a cutting edge band resonating well in Americana, rock, indie and alternative circles."THREE CHORDS AND THE TRUTH

"emerging triumphant with an absolute gem of an album taking in the best of roots, rock and soul for a sensational return."RHYTHM & BOOZE