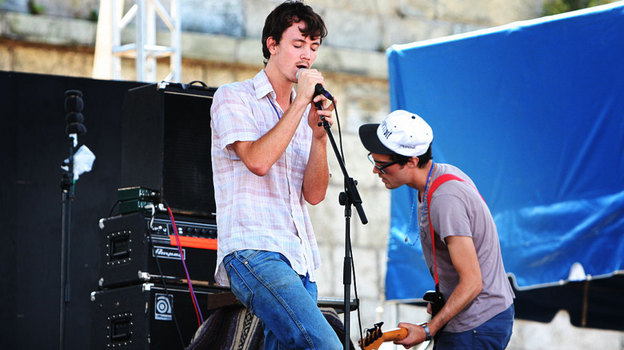 2011's Newport Folk Festival was held last weekend in Newport, Rhode Island. It may well be all the way over in the US, but it's certainly worth a mention, what with not one, but two Loose bands, The Felice Brothers and Dawes, both performing over the weekend.Dawes, however, were playing as a part of totally awesome "supergroup" Middle Brother. The Newport line-up included all four members of Dawes, along with Matt Vasquez of Delta Spirit and John McCauley of Deer Tick. (As NPR says "It's Dawes' world, people.".)Among the Middle Brother songs, they also performed Dawes' When My Time Comes, Million Dollar Bill and Fire Away. Someone filmed them playing When My Time Comes - HERE. Rather wonderfully, you can download the full set for free HERE.You'll probably also want to download The Felice Brothers' set. Do so HERE. For more from the Felice's at Newport, check out their Tumbler page, where you can find a couple of photos and some crazy video wonderfulness.