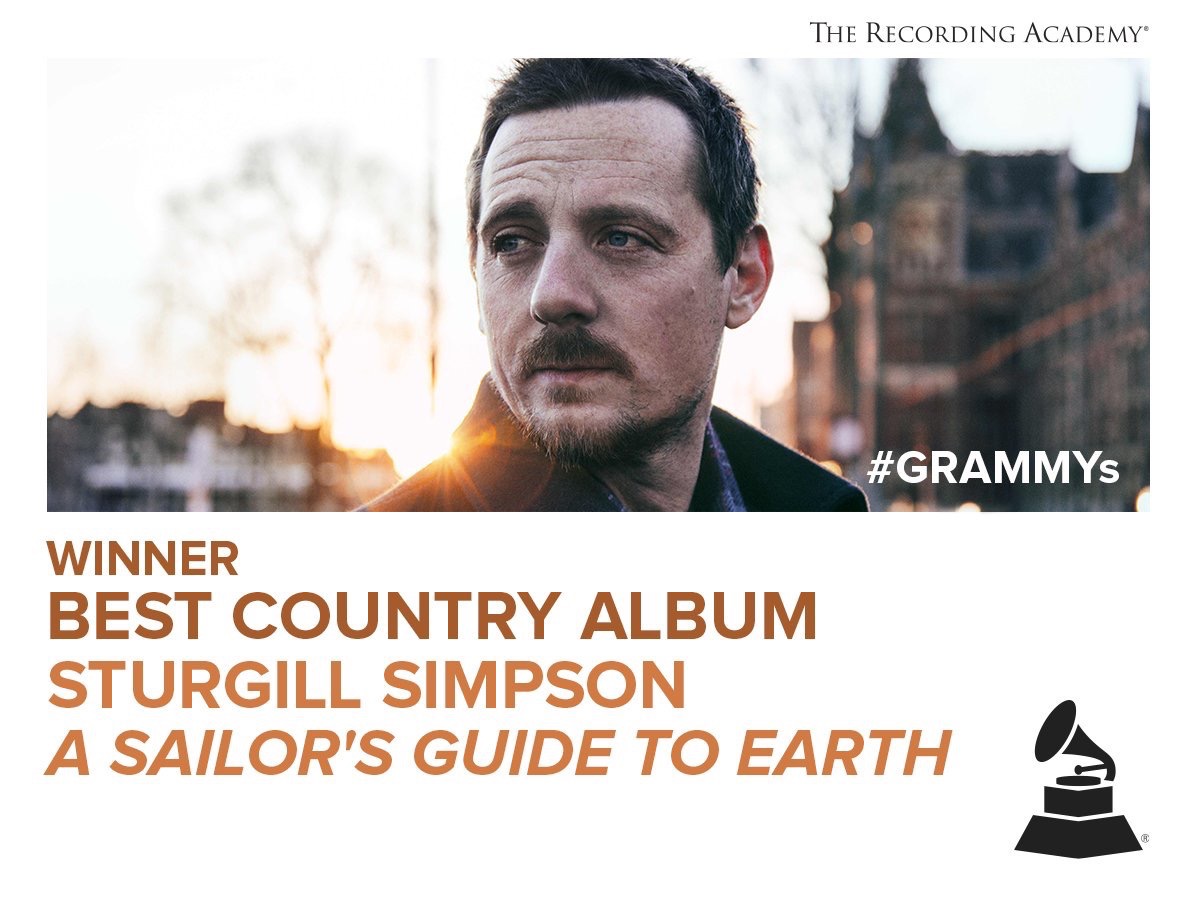 Last night Sturgill Simpson went up against Brandy Clark, Loretta Lynn, Maren Morris & Keith Urban to win the Grammy for Best Country Album, for his 2016 masterpiece A Sailor's Guide To Earth. Watch his acceptance speech below.Later in the evening Sturgill and his band took to the stage to perform All Around You, backed up by The Dap Kings. Watch the video here.Sturgill and fellow nominees Beyoncé, Drake and Justin Bieber were beaten to the Album Of The Year award by Adele.https://youtu.be/nzacsaiuHSk?list=PL2VivD1Kh51ty_-XCL-EpodzKJnaxsdum