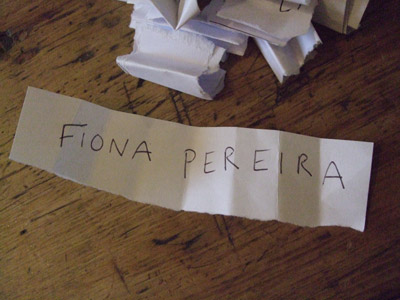 The End of the Road Competition

We ran a competition on last weeks newsletter to win two tickets to the End of the Road Christmas part at Cargo.We asked "Wilco have been annouced as headline band for the 2010 festvial, but what band did their core members previously appear as?"Everyone got it right, Uncle Tupelo... Below is proof that we really did enter you all into a hat, and the first person drawn was Fiona Pereira. Make sure you are signed up to the Loos emailing list to hear all of the good things first!

The End of the Road Christmas party is at Cargo on 16th December. Join them for for some magical times with a double-headline bill of live music from Josh T Pearson and Joe Gideon & The Shark, with Esben & the Witch opening the night. There will also be 'Ringo: Music Bingo' early in the evening, with great prizes to win and End of the Road DJs until 1am! Hot cider will be on offer on the patio and the 30 first people through the door will be given a Christmas present!