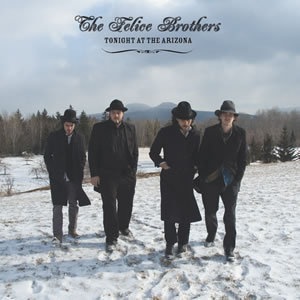 Out of print for years and changing hands for crazy prices, the vinyl edition of The Felice Brothers' Tonight At The Arizona will be re-issued on Record Store Day 2017. This year marks the tenth anniversary of the band's debut album, which has given us the perfect excuse to re-press it as a Record Store Day exclusive. With only 500 available worldwide, you'll need to be setting your alarms early for the morning of 22nd April in order to be at the front of the queue outside your local record shop. This limited edition 10th anniversary edition, will be numbered out of 500 and comes on 180g yellow vinyl. And yes, it does include a download code.

Find details on all Record Store Day 2017 releases, via recordstoreday.co.uk.