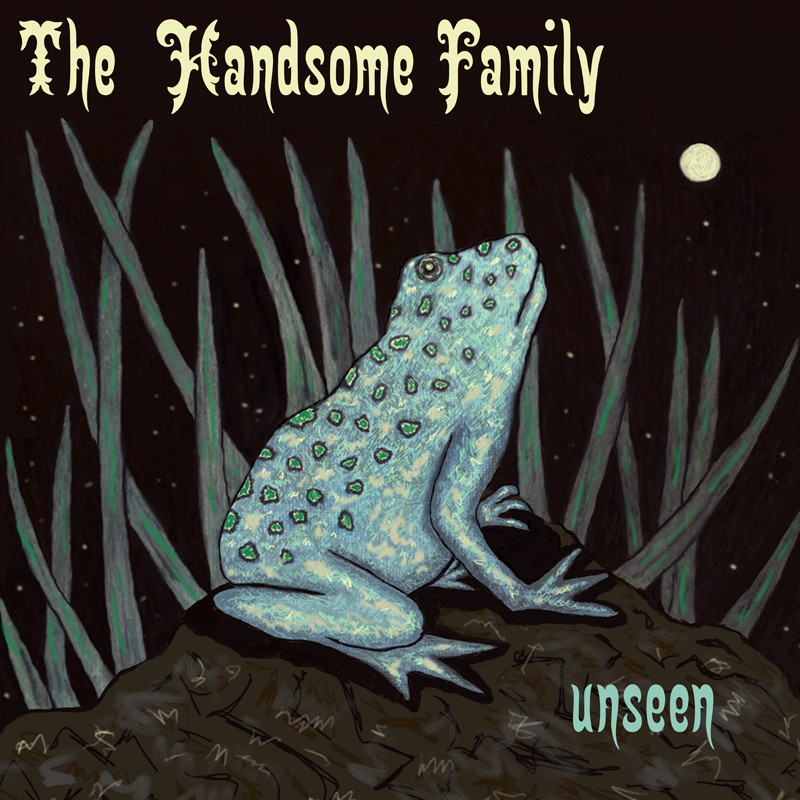 The new Handsome Family album is on the way, folks. The follow-up to 2013's Wilderness and their first new record since their True Detective theme song, Far From Any Road, introduced them to millions of new fans across the world. The new album is called Unseen, it'll be out in September and this fabulous frog painting by Rennie Sparks is the cover image.More on that soon. In the meantime, tickets went on sale this morning for a one-off show at The 100 Club, London, on the 1st June. Yeah, you bet it's gonna sell out. Grab your tickets HERE. Following that, the band will head to Suffolk for the Red Rooster Festival. Read all about it at redrooster.org.uk.