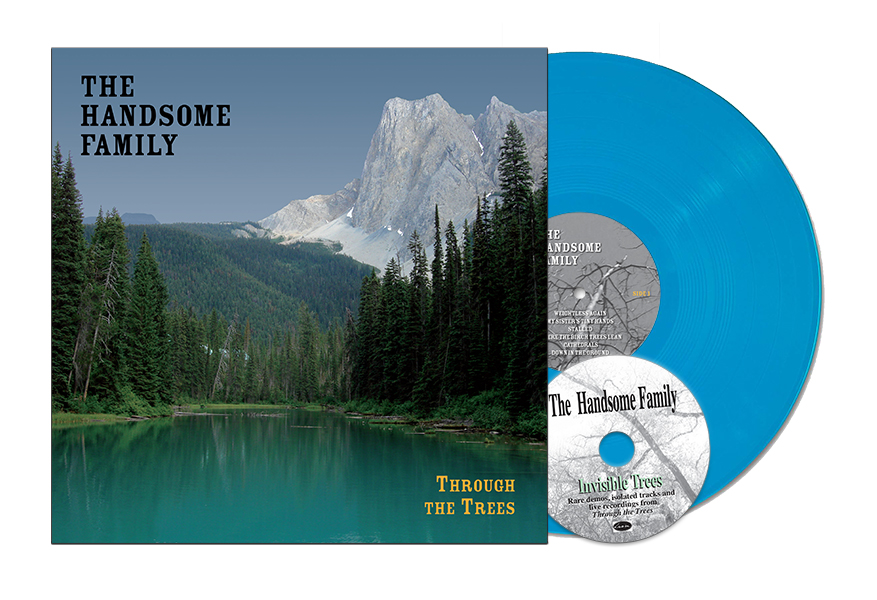 2018 marks 20 years since the release of The Handsome Family's third album Through The Trees. Following its release, Uncut declared it to be the year’s "Best New Country Album", Mojo named it one of the "10 Essential Americana Records Of All Time", with The Guardian going on to call the album’s opening track, Weightless Again, one of the "100 Best Songs Ever Written About Heartbreak".We're marking the occasion with a 20th Anniversary edition of the record, to be released on 9th March. The heavyweight sky blue-coloured vinyl comes with an exclusive Invisible Trees bonus CD, comprising of 15 tracks of "out-takes, live performances and bickering", alongside the story behind Through The Trees, written by Rennie Sparks.1998 was when Andrew Bird discovered The Handsome Family. As he says in the liner notes,  "There's a lot more going on here than the alt-goth-country descriptive blurbs in the show listings; this is truly beautiful songwriting of the rarest order. If you really listen to what's going on in these songs, beware, you may find yourself expecting more from music."Pre-order the album here, or pick one up and get it signed at one of these many European tour dates coming up soon.Here's what the track listing looks like for the bonus CD:-