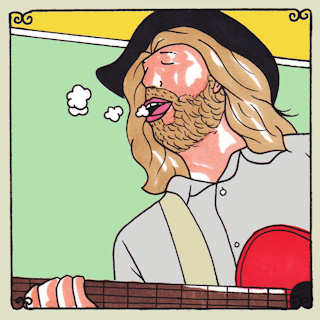 The Rockingbirds have done a session for seriously super session website Daytrotter! Find it here. The band played four songs from their fantastic new record "The Return Of The Rockingbirds", along with old favourite "Halfway To Comatose".

In celebration, we're offering "The Return Of The Rockingbirds" for £6 in the Loose shop. So if you don't already have a copy...Catch The Rockingbirds playing live at Open East Festival in London on July 27th and at Standon Calling on 3rd August.Not a Daytrotter member? Ah come on, a mere $4 will get you a month's membership to Daytrotter and allow you to stream and download sessions from the best music around, which of course includes the likes of Hurray For The Riff Raff, Treetop Flyers, The Felice Brothers, Dawes, Deer Tick, The Wooden Sky, Frontier Ruckus, Lucero, The Handsome Family, Jonny Fritz, Lucero and hopefully, many more to come.