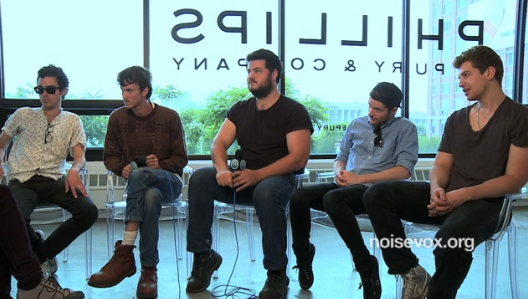 There's going to be some real curveballs, John.

Noisevox have just posted a fantastic new video interview with The Felice Brothers. The band discuss such things as songwriting, touring, line-up changes, Ian's paintings and of course, the new album, Celebration, Florida.Christmas describes the forthcoming new video for Fire At The Pageant:"There's going to be some real curveballs, John". "There might be some nudity." "There's some violence." "There's a scene with me in a dress, in the back of a trunk. With a mask on."For other such revelations, go check out the full interview here.