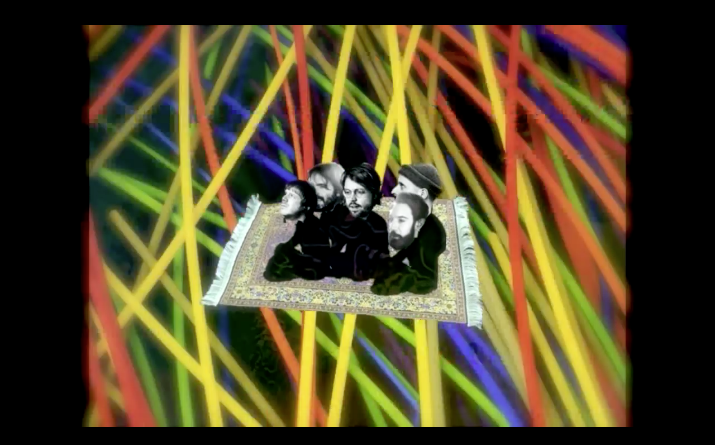 YES - new music from Treetop Flyers! We're excited to share Treetop Flyers' first new music since the release of their 2013 critically acclaimed debut album The Mountain Moves back in 2013.Fab new single Dance Through The Night was recorded at Soup Studios, London, with Simon Trought & Giles Barrat and mixed in LA with the magic touch of Jonathan Wilson. It'll be available to download from Friday 16th October.Check out this fantastic video, put together by Paul Buckle of fellow London band Night Dials.https://www.youtube.com/watch?v=_D9I6CNlcUkWe asked Treetop's Reid Morrison to tell us a bit about the song:-"It’s about setting a scene and encouraging a strong visual so that you’re right there with us. It's fun writing like that. It’s fun to know that no matter how showing you are, it’s always going to be open to the peoples imagination. Like a lot bands, there was a discussion about the lyrics and we were doing a bit of fence perching. Twenty minutes before recording the vocal, myself and Sam re-wrote the second verse and the song seemed to find its own identity. It’s based on recalling events that have happened on nights out - some funny, some weird and I suppose to a degree, things I've wanted to happen but I never quite managed to pull off (I’ll say no more). On its simplest level, there’s a distinct lack of guitar songs that you can dance to so I'm hoping this can fill that gap. We’ve done a bunch of festivals this summer and it seems to be doing the trick!"Treetop Flyers play London's Hoxton Square Bar & Kitchen tonight, followed by shows in Birmingham and Oxford over the next few days.6 OCT - LONDON Hoxton Square Bar & Kitchen8 OCT - BIRMINGHAM The Sunflower Lounge9 OCT - OXFORD The Bullingdon (Oxford)