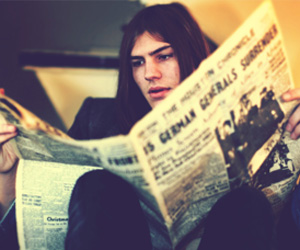 We're very excited to reveal that Trevor Moss & Hannah-Lou have just been confirmed as UK tour support to the very wonderful Dylan LeBlanc. Dylan's debut album, Paupers Field has been playing rather a lot on the Loose stereo since it was released on Rough Trade back in August. We like it very much.And here's where you  can catch them;

In addition to these Dylan LeBlanc dates, TM & HL will also be playing at the Oyster Fishery in Whitstable with Cara Luft on 19th November, then in December, they'll be playing a pre-Christmas show at The Pit in Brighton on the 17th.Full list of tour dates over on the Loose Live page.