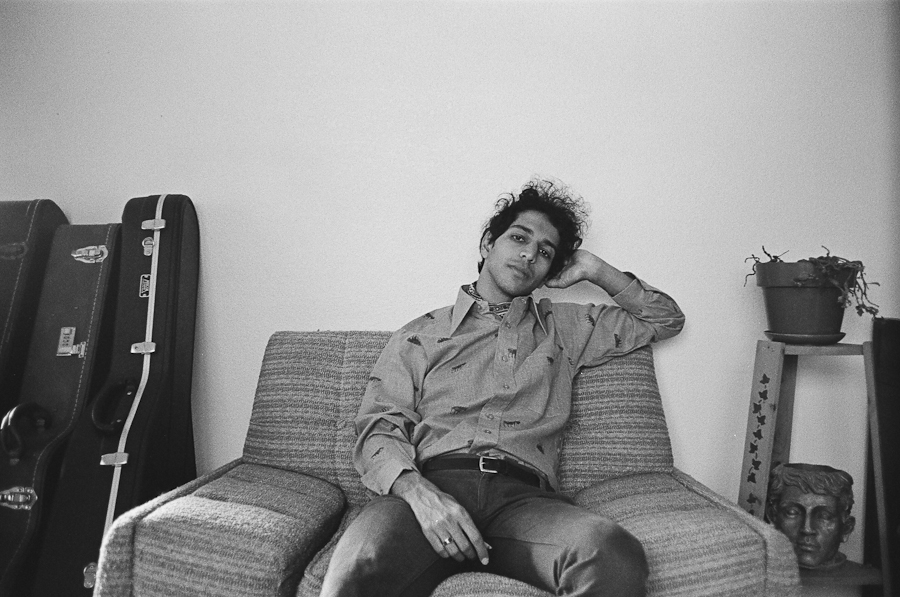 It's been the best part of a year since Vikesh Kapoor's first ever UK tour, opening for The Handsome Family, so we're absolutely thrilled to be welcoming him back. Vikesh's debut album 'The Ballad Of Willy Robbins' has since been awarded the #70 spot in Rough Trade Shops' prestigious Albums Of The Year chart for 2014, bringing him some extra and much deserved recognition. As a result, the album was flying off the Loose stall at the Indie Label Market back in December, but, as The Handsome Family's audiences will testify, you really shouldn't pass up an opportunity to see Vikesh play live. Do so and wonder how it is that such a hugely talented songwriter and captivating performer isn't already a household name. 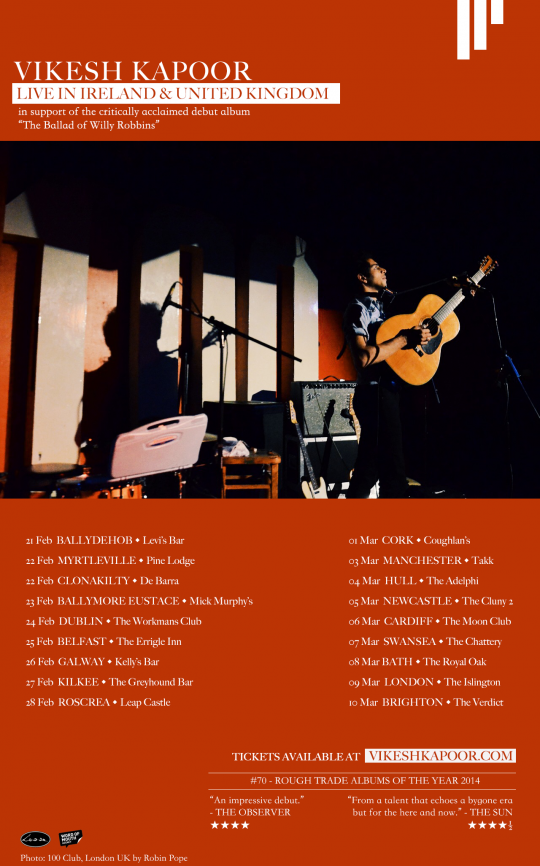 "a series of sharply etched portraits of struggling Americans that points back along a road of socially conscious songs. Woody Guthrie is standing at the head of that road"THE NEW YORKER

"An impressive debut" ★★★★THE OBSERVER

"There’s real sincerity… from a talent that echoes a bygone era but for the here and now."★★★★½THE SUN

#8 – ESSENTIAL ALBUMS OF 2014  "Where Guthrie’s songs were a clarion calls to the masses, Kapoor’s tracks, like Springsteen’s, are heartbreakingly personal pleas."LIVE 4 EVER

"stunning" – TOP 10 ALBUMS OF THE YEARTIN CAN REVIEW, RESONANCE FM