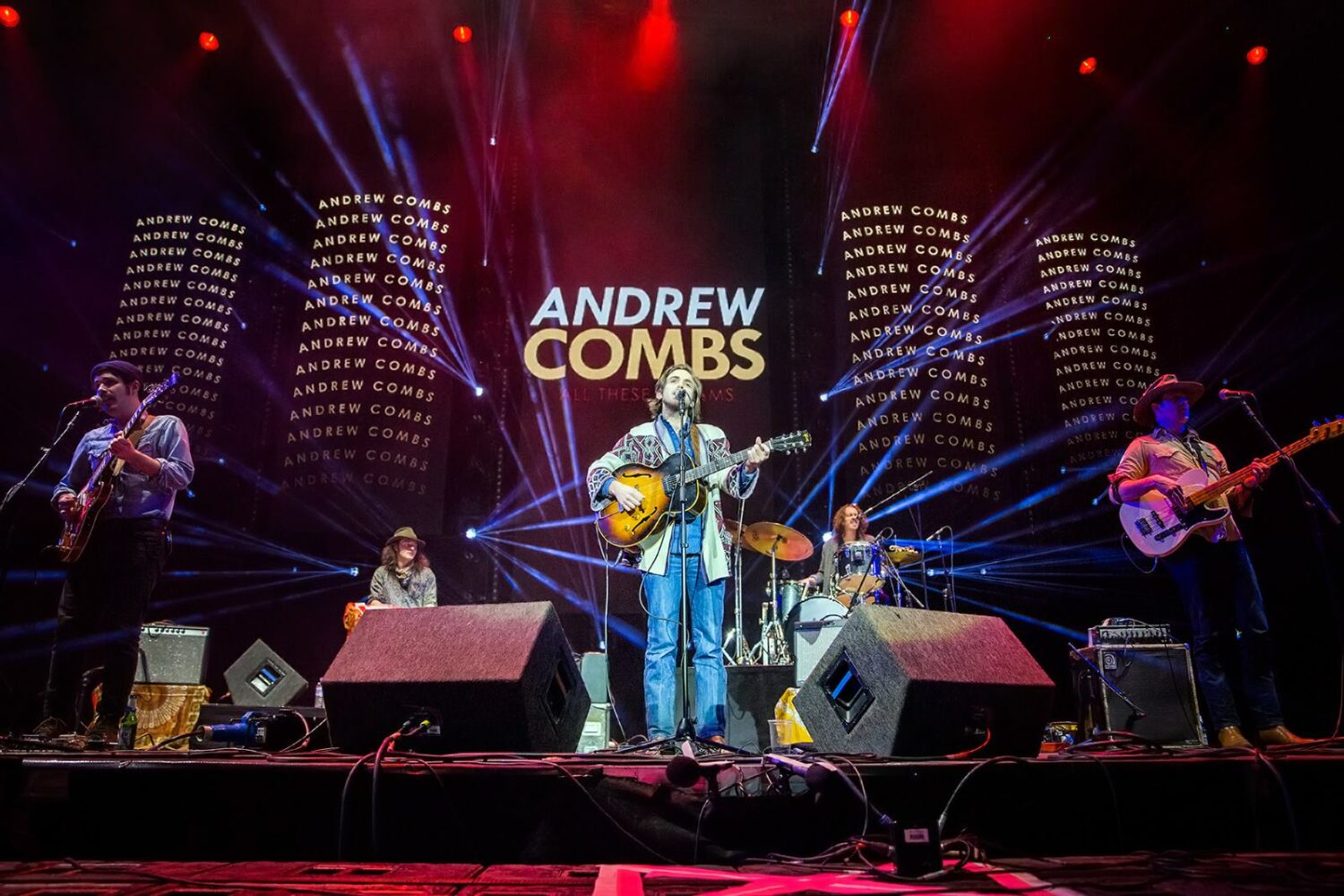 Andrew Combs joined a host of country mainstream megastars at last weekend's Country 2 Country festival, taking to the main stages at Glasgow's Clyde Auditorium on Saturday and London's O2 Arena on Sunday.Andrew's London set was broadcast live on the BBC's Radio 2 Country station on Sunday and is now available to listen for the next few weeks HERE. Bob Harris and Baylen Leonard spoke to Andrew live on air, just before he hit the big stage. Or, as the BBC live blog put it, "Dreamy country wunderkind Andrew Combs and his impressive cardigan kicked off proceedings by chatting to Bob and Baylen". Find it at 5 minutes into the stream, with Andrew's set beginning at the 34 minute mark.BBC Radio Scotland provided the radio coverage for the Glasgow show on the Saturday. Watch Ricky Ross's interview with Andrew HERE, along with an acoustic performance of Month Of Bad Habits HERE and new song Silk Flowers HERE.All photos courtesy of Country To Country.