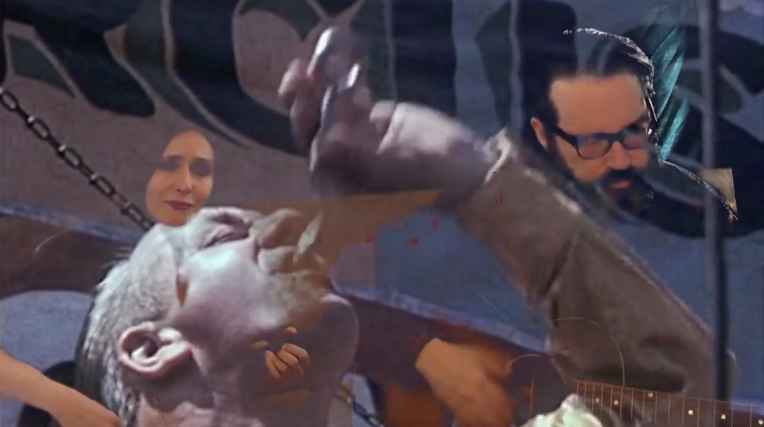 "Featuring old footage from carnivals, the video for "Tiny Tina" is as creepy as you would expect a video from The Handsome Family to be", says Glide Magazine alongside their premiere of the band's new video."It’s also strangely soothing, but maybe that’s the music itself, which feels suited for the video footage and brings to mind an Appalachian folk duo at the county fair."Rennie Sparks, responsible for both the lyrics and the video explains: "‘Tiny Tina’ was a song that took years to write. At first it was about the world’s largest ball of twine and then a pancake eating contest. Finally the song began to buck and rear and at last I realized it was about a little horse. It’s a song about the sadness of carnivals. Beyond the blinking glitter there is always real life waiting for you to return. Funnel cakes can only make us forget our sorrows temporarily. Is this why I was afraid to go see the world’s smallest horse? I did see the world’s largest jack rabbit once. It was wrought of cement and disappointment. I found out what rattlesnake eggs were on that trip too as well as ghost poop (styrofoam peanuts in a baggie). Oh, the heartache of shattered dreams. This video is public domain footage from some pretty dismal carnivals. Enjoy."The world's largest jack rabbit does not feature on the new Handsome Family album 'Unseen', out on Friday 16th September, but Tiny Tina, the world's smallest horse, sure does. Pick up a copy from the Loose Shop.