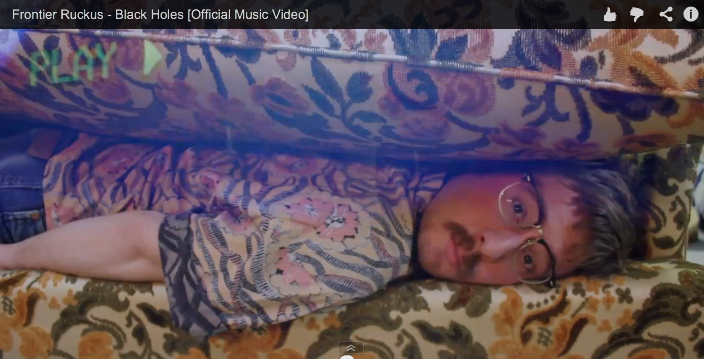 It's new, it accompanies Eternity Of Dimming top track Black Holes and it has just been premiered via the mighty Paste Magazine."Lyrically the band has always depicted a vivid and poetic image of home," writes Paste, "and the video for "Black Holes" fits that mold in a way that long-time fans will appreciate. The video, directed by Christine Hucal, features camcorder footage of the band’s members (and video’s director) as children."We agree - we couldn't have wished for a more Frontier Ruckus styled Frontier Ruckus video. Fantastic. Watch here.Frontier Ruckus will be playing the fabulous End Of The Road Festival on 1st September, followed by a headlining show at London's Hoxton Bar & Kitchen on the 10th September, tickets for which can be found here.