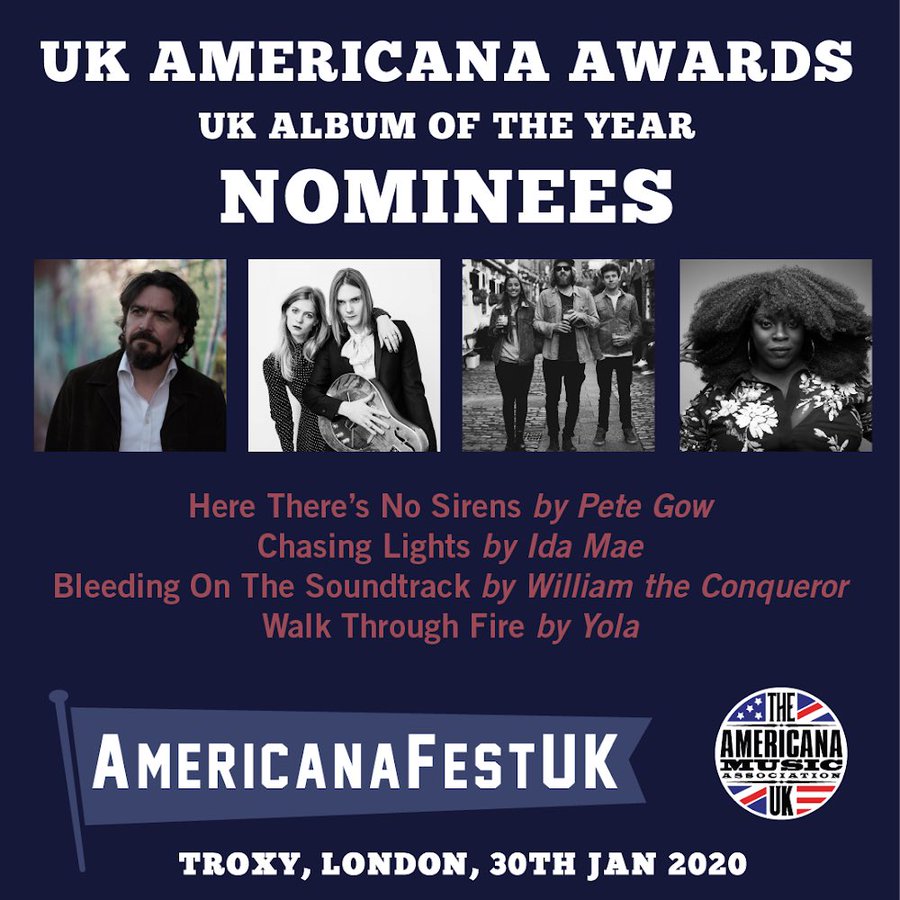 William The Conqueror Nominated For UK Album of The Year

Last night the nominations were announced for the 2020 UK Americana Music Association Awards and we are very pleased to report that William The Conqueror's Bleeding On The Soundtrack is amongst the four nominees for UK Album of The Year. And rightly so. Upon release, the album topped the Record Store Chart and hit #3 in Indie Breakers Chart, #4 in the Americana Albums Chart, #14 in the Independent Albums Chart and #36 in Vinyl Albums Chart. On top of that, there was all the wonderful press praise, including the ★★★★ review from Mojo, which declared that "there are few more heartfelt and soul-baring writers in any medium today".

This is the third year that William The Conqueror have found themselves nominated in these awards, having previously been up for the UK Album of The Year in 2018 and UK Song of The Year in 2017. Crossing our fingers for a win is unlikely to do much good, but voting will.

There are a few chances coming up to catch this multi-award nominated band live. Tickets are available here.