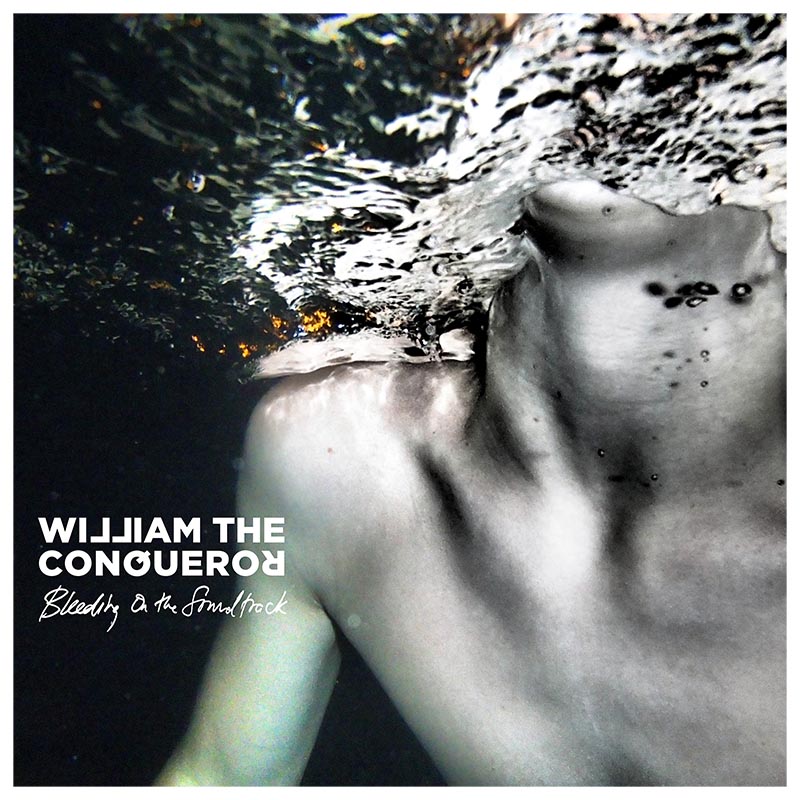 "Family blues recalled with cool fire…. a touch of Jackson C Frank in his croon, and Dylan in his epigrammatic lyrics’ scalpel cuts"8/10UNCUT

"There are many Dylan epigones. Anyone who can hold the guitar and harmonica quickly sees himself in the tradition of the songwriter king, even if in the end it's just better campfire music. Counterexample: William The Conqueror around creative head Ruarri Joseph."8/10CLASSIC ROCK GERMANY

"Independent high-class Southern Rock, modernly staged with a pinch of knife edge Neo-Grunge or Dark-Americana - "Bleeding On The Soundtrack" channels the unconstructive phlegmatic of alternative rock of the 1990s with the wisdom of old masters like Mark Knopfler or Eric Clapton to an incomparable piece of contemporary timeless music"12/15MUSIKREVIEWS.DE

"Varying between grungey rockers and amiable jigs such as "Thank Me Later", the one aspect that remains constant is sharpness of lyrics and an ability to drag the listener in."THE ARTS DESK

"if you’re not already a fan of William the Conqueror then now is the time to get on board with them if you know what’s good for you… Adolescence is so ripe with songwriting opportunities, but the mistake so often made is to write those songs during adolescence itself. The genius and power of this album comes in both the reflection as well as the ability to tap back in to those raw emotions of that potent time. If this isn’t on my album of the year shortlist at the end of 2019 then everyone else has played an absolute blinder and we may find that we are living in a golden age for music."LISTEN WITH MONGER

"this album is a sheer delight. Captivating, entertaining, catchy songs brilliantly delivered with Ruarri Joseph’s languid style, superbly backed by Naomi Holmes on bass and Harry Harding on drums."★★★★★BUILDING OUR OWN NASHVILLE

"From bluesy melancholy to exuberant danceability to sober songwriting, the second album of the three Brits brings everything with it - an exciting experience between the worlds with a great depth and, despite all the temporary bulkiness, a surprising need for harmony"4/5BEATBLOGGER.DE

"it carries hope, humour, sorrow and honesty through rootsy rocking, folk and a bit of grunge."THE CRACK

"Slightly fuller and more mature sounding than Proud… it’s still the sound of slacker simplicity on the surface. However, as always with Joseph, dig a little deeper, and the nuances and textures reveal themselves to be multi-layered, his voice an engaging, easy-to-understand vehicle, rich with soulful melancholy, whilst reaching out into areas of playfulness at times. A superb lyricist, who treads that fine line between pathos and humour, Joseph is the consummate storyteller."BRIGHTON'S FINEST