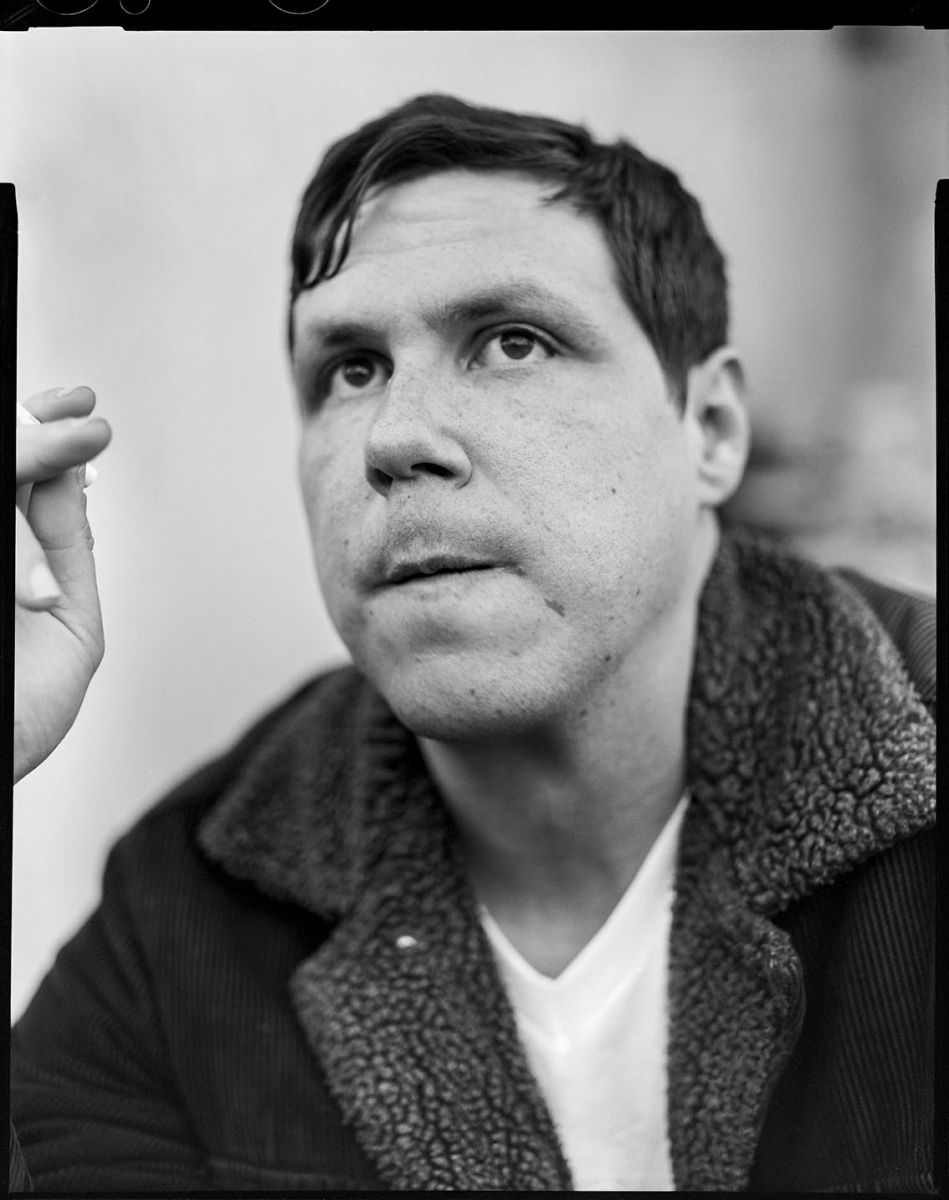 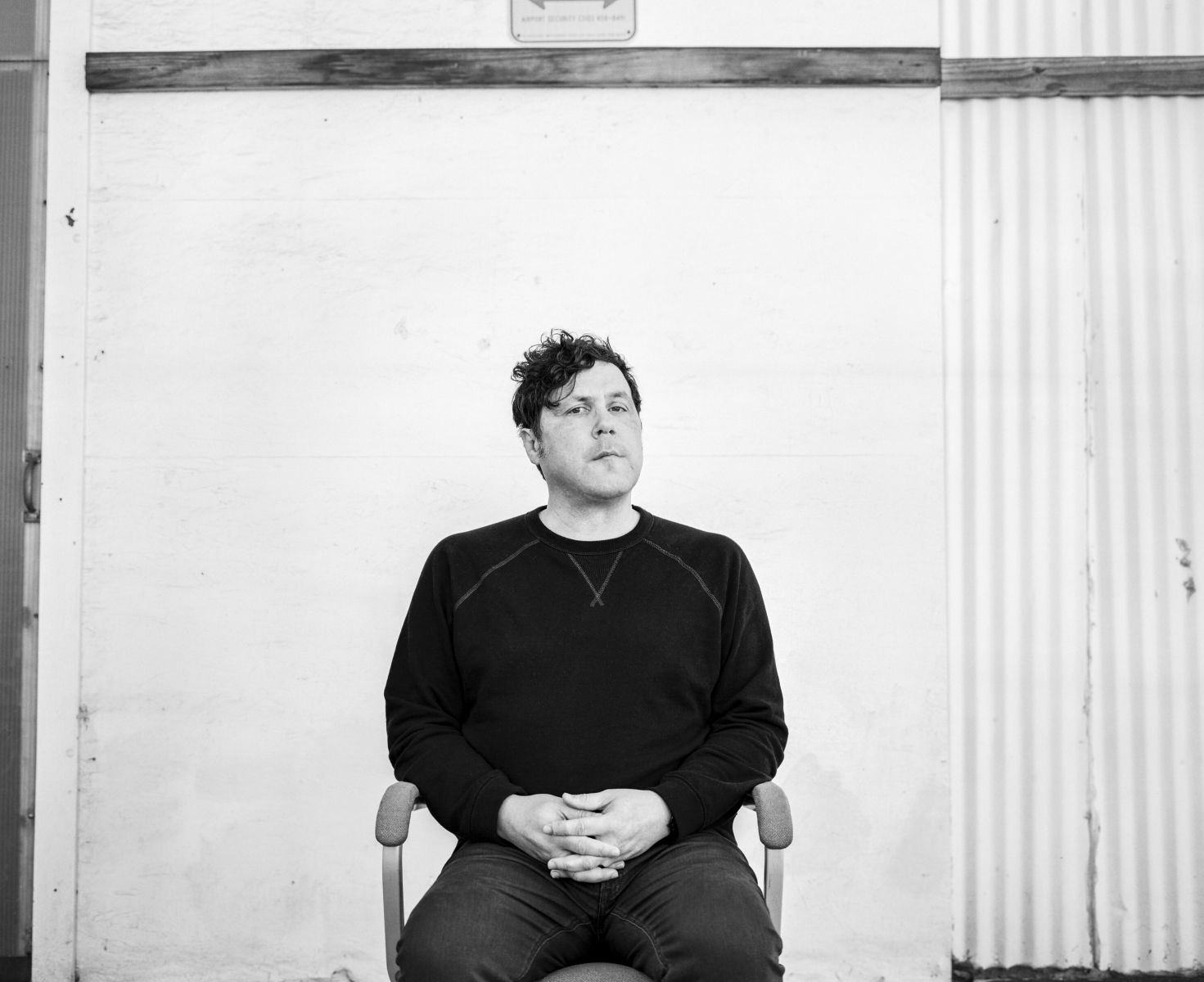 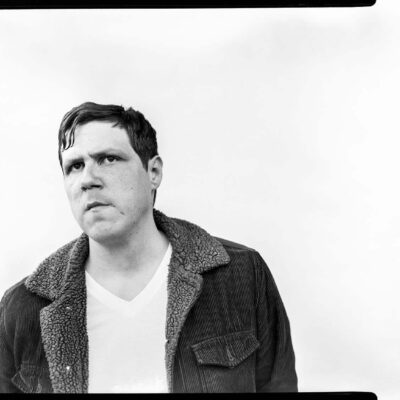 Throughout his 25-year career, Damien Jurado has been chasing the ghosts of the words in his songs. He rummaged restlessly between fiction and reality. He disappeared into disembodied dreamscapes and received resplendent visions. He returned to earthbound plains estranged by a world gone more cold and callous. He sifted through fogs of the past for unblemished truths. And throughout these myriad avenues and trials, Jurado came out none the wiser. It’s the damnedest thing when you think about it: a man who can paint such intricate scenes with each line leaving his lips, still sounding completely lost. The architect of his own unsolvable puzzle.

Truth be told, there is very little humans do know. The strands of wisdom tend to grow from the smallest of certainties we find solace in, the seeds yet to be sown. This is more or less the gist of Jurado’s 15th, self-produced studio album What’s New, Tomboy?, out May 1st on Loose. Jurado turns a blank page, not preoccupied with prophecies of futures or pasts. “We are fiction as it’s written // The bleeding ink on paper,” he denotes on “Fool Maria” with a whispered assurance. For the first time, Damien Jurado sings to you: not as the bewildered extra astray on the wrong film set, but as the guide holding your hand, walking you through the scenery with experience and compassion.

What’s New, Tomboy? is an album that seeks respite in bare minimums and barren revelations: sometimes frail, sometimes affirming, sometimes wry, and usually a threadbare mix of all those sentiments. “When You Were Few”, for example, was written as Jurado was clearing out the bulk of his possessions. “I got rid of almost everything I owned,” he reveals. “It was almost like I had died, honestly. You know that feeling when someone dies and you have to clear out their apartment or their house? That’s what I did. It was as if I had died, even though I was still living. I donated five of my guitars to a thrift shop.”

Jurado’s decision to chisel away all of the materialistic things extends not only to the clarity of the words, but to the album’s production values, as well. Devoid of reverb and extensive tracking, this collection of songs is of the cut-and-dry, plainspoken variety, drawing influence from records such as Lou Reed’s The Bells, Wire’s Chairs Missing and Roxy Music’s For Your Pleasure. Jurado: “I left out certain instruments on purpose, so you’re making space for the listener to fill in their own melodies and parts.” The bass guitar, nimbly played by Jurado’s collaborator Josh Gordon, is pushed into the foreground, acting as both a mediator between harmonics and an autonomous entity sprawling across the canvas. “I love Josh’s playing so much, and a lot of the hooks on the album come from him. It’s very Paul McCartney-esque... very dry, with the bass mixed in very loud.”

Indeed, the subtleties and simplistic things get their moment in the sun on What’s New, Tomboy?. Often times, a simple nod of recognition or a funny quip brings more comfort than some restless self-interrogation. More importantly, Jurado has stopped questioning the elusive nature of his craft. “I don’t think I’ll ever know what my songs are telling me,” Jurado admits. "I usually have other people tell me what my songs are saying. It’s really funny, it’s like having someone move to your apartment building who doesn’t speak the same language as you. But for some reason, you’re able to help them communicate a little better. You don’t speak the same language, and once someone comes along who does speak the same language, you start asking them what it really means, instead of how you interpret it. That’s kind of how it is for me. I’m always trying to guess what my songs are telling me, like a translator, but then someone comes along who knows the language, and they translate it back to me.”

Furthermore, What’s New, Tomboy? could be considered Damien Jurado’s finest collection of music to date, with songs exuding the inviting warmth of a lone porch light gleaming amidst the disorienting darkness. Though more stripped and grounded in their execution, songs like “Sandra”, “Ochoa” and “Alice Hyatt” are generous and candid in their vocabulary, eschewing the sometimes abstruse imagery of Jurado’s previous releases. “There is no hiding on these tracks.” Though What’s New, Tomboy? is the first Damien Jurado record that ends with a question mark, he has never sounded more assured and content in giving up his ghosts: “I’m only living sentences // That were long before I got here.” 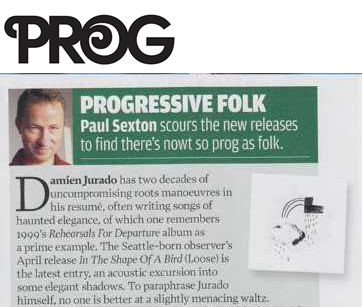 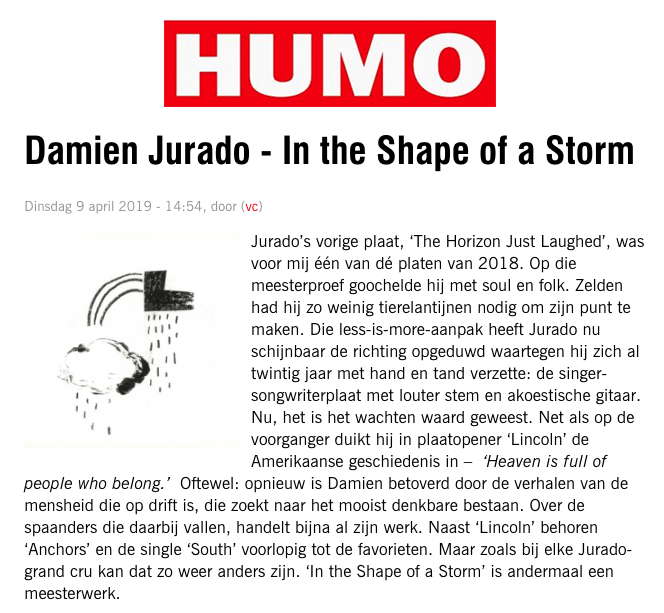 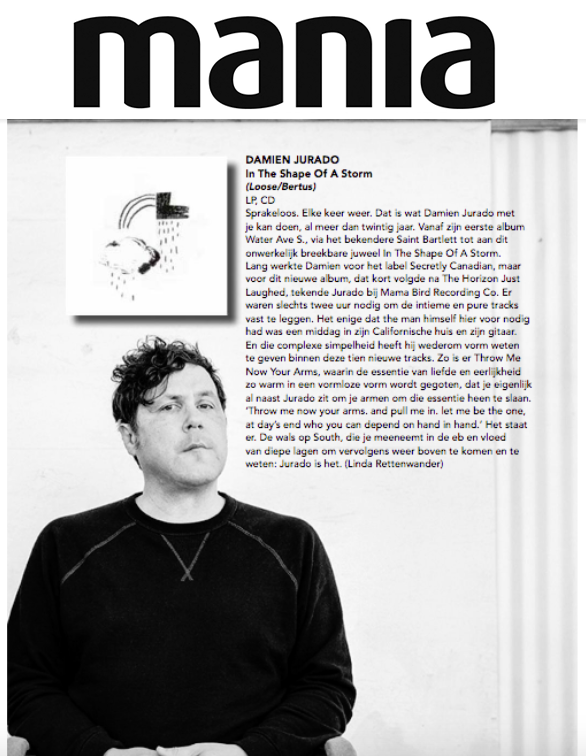 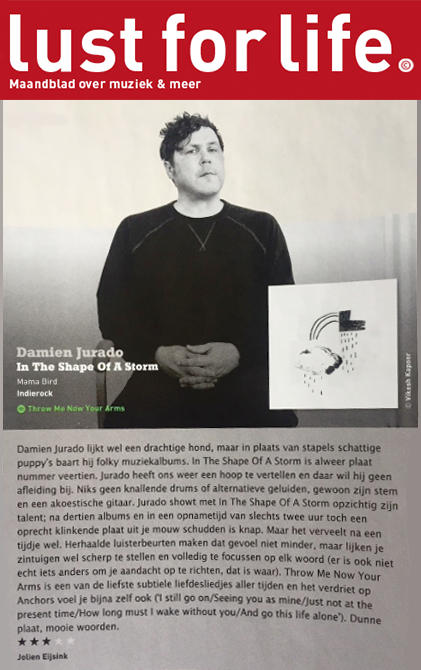 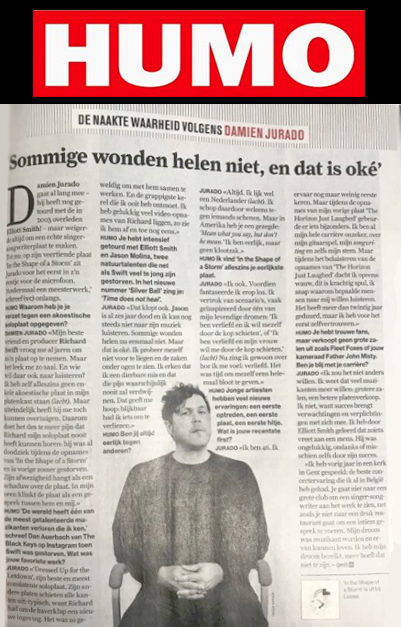 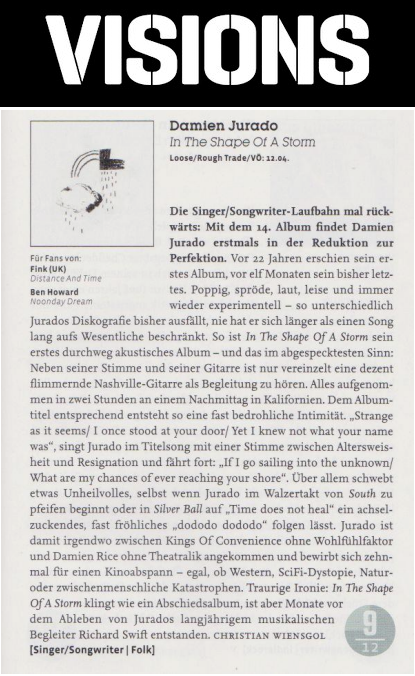 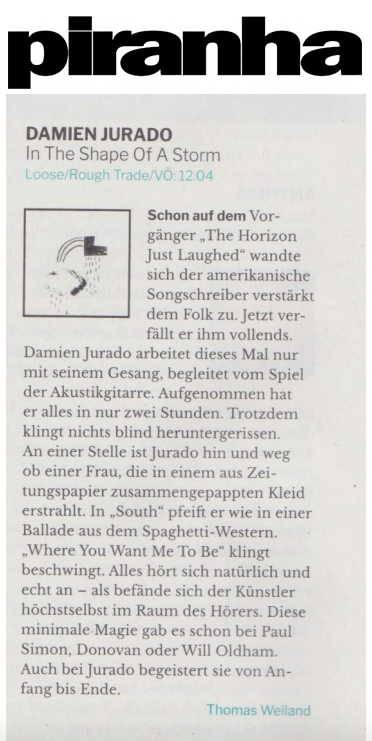 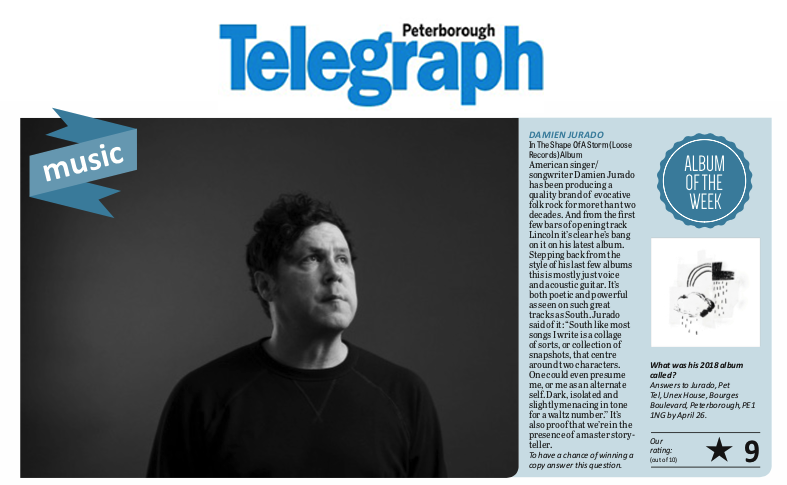 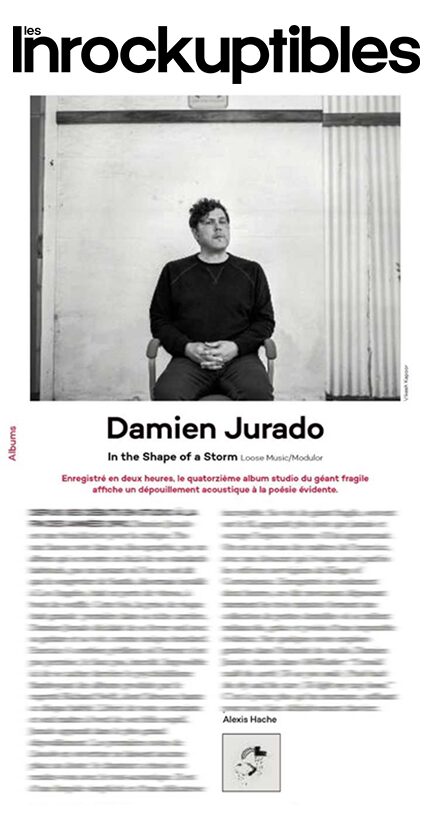 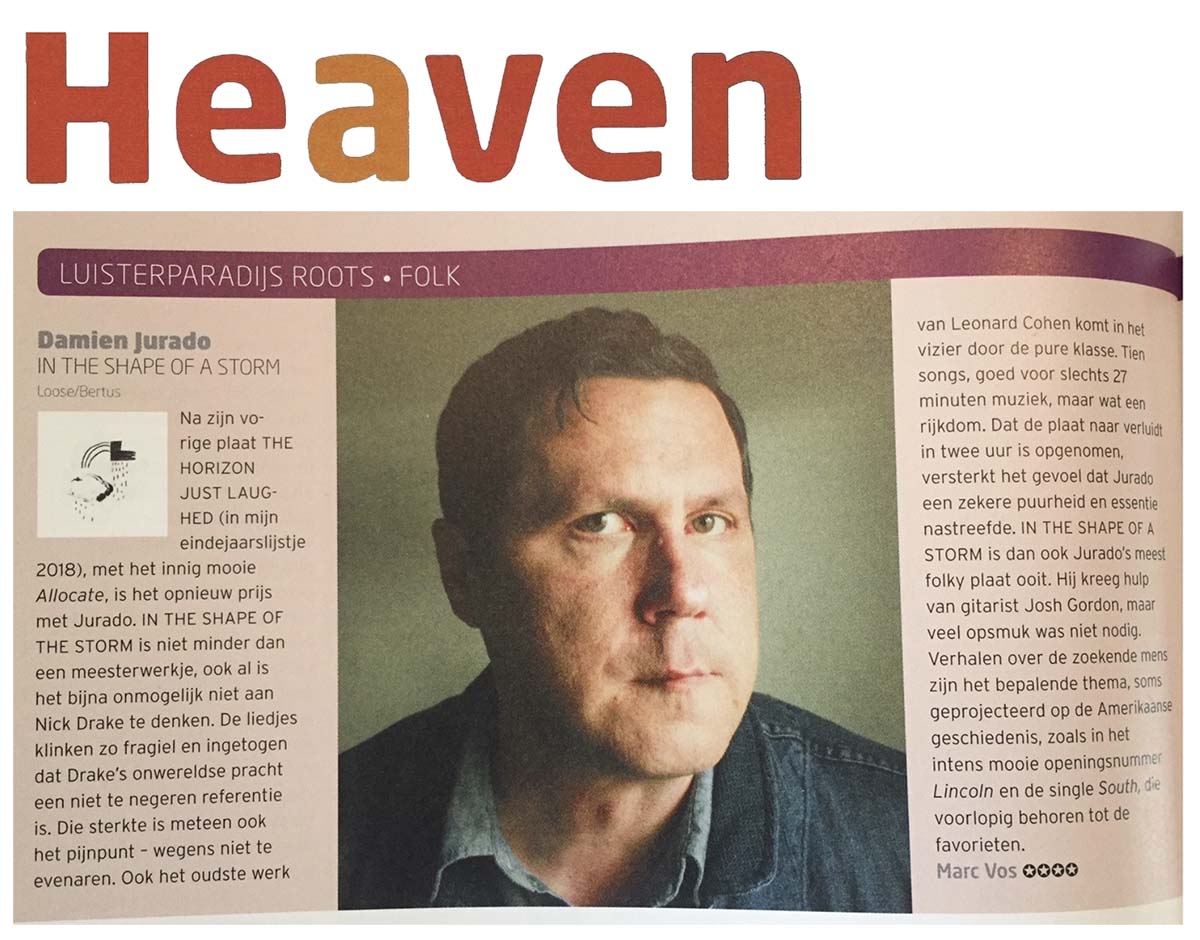 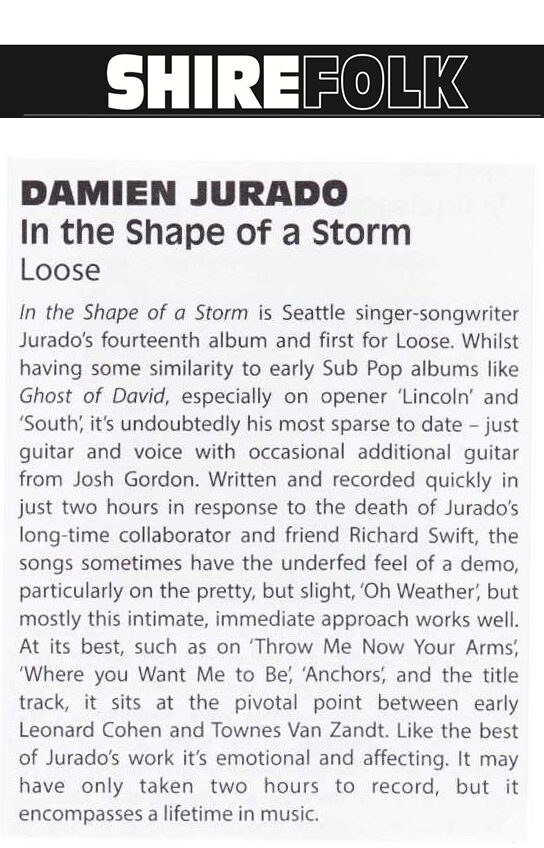 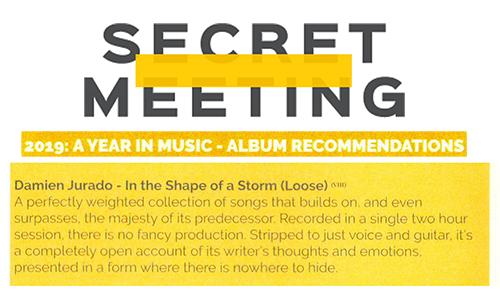 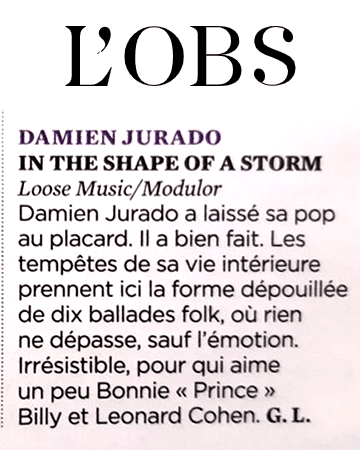 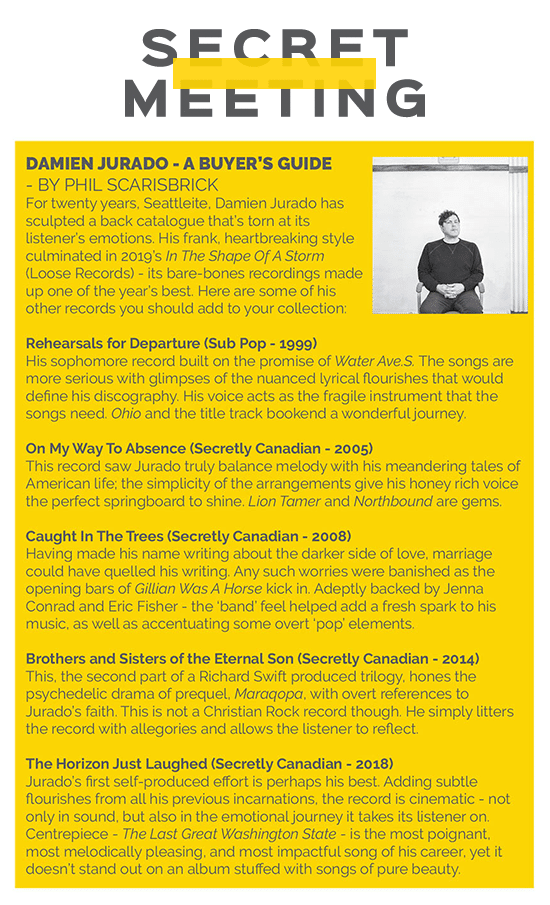 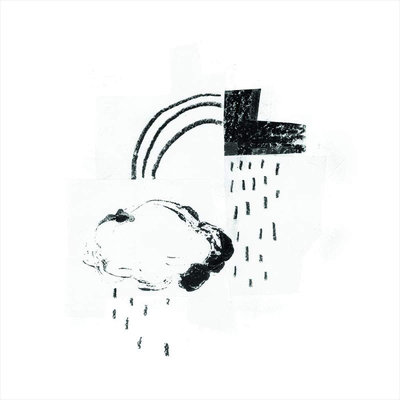 In the Shape of a Storm 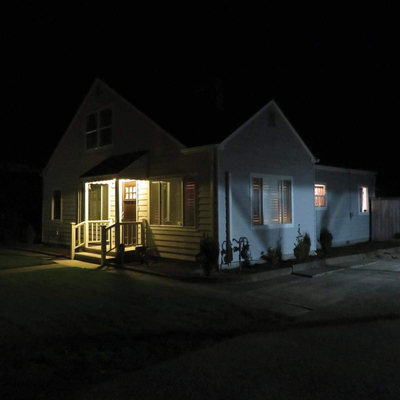