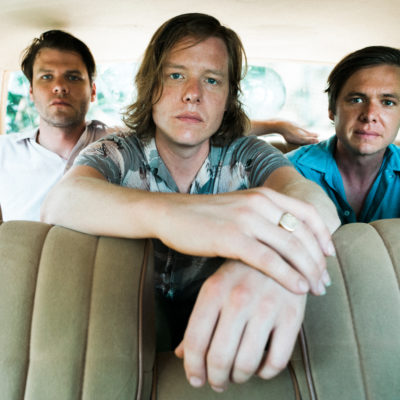 If there’s a gun in act one all the experts will say, That it’s got to be shot by the end of the play, But I’ll wait for the curtain and watch from the stage, Getting sweeter and sadder and farther away - Sons of Bill “Sweeter, Sadder, Farther Away”

Oh God Ma’am, the latest LP from central Virginia’s band of brothers, Sons of Bill, opens with a song that on first listen might be mistaken for the album’s outlier: the starkly beautiful, piano driven, “Sweeter, Sadder, Farther Away.” It’s a love song of sorts, but a strange one-- sentimental, surreal, and slightly disturbing-- lulling the listener in waltz time through an old-world lament of unrequited courtship that seems to end tragically and mysteriously (whether the story ends in murder or suicide or neither for its ghostly lovers is left curiously unanswered). It’s a song that feels both archaic and modern, and yet probably deserves to become a standard. With its sparse production, preternatural melody of an anglo-ballad, and haunting cadence of strangely cerebral rhyming couplets-- the message is clear that the listener has signed up for a very different sort of rock album. It’s wistful, darkly contemplative, and plays like an opening statement of purpose-- the sound of a band whose inner voice is just getting weirder and sharper.

The nine songs that follow on Oh God Ma’am comprise the band’s most coherent and sonically ambitious effort. Recorded both in Seattle with west coast indie legend Phil Ek (Shins, Fleet Foxes) and in Nashville with Sean Sullivan (Sturgill Simpson) and mixed by Peter Katis (The National, Interpol) the album moves beyond the galvanic americana-rock comfort zone of previous efforts, for a more elegant and restrained sound-- a darker, and more complexly layered rock record that manages to be the band’s most emotionally intimate and sonically expansive. Insistent rhythms and dreamy, hook-filled, pyrotechnics abound, creating a deceptively anthemic mood around songs that are in and of themselves intensely introverted-- an interior voice that is both earnest and aloof--as though singer James Wilson were mostly addressing himself, or at least inviting the listener along for the journey inward.

As three sons of a venerated theology and Southern Literature professor at the University of Virginia (who also taught his sons how to play guitar and write songs)-- the Sons of Bill were always keen to represent the American South with a slightly higher brow-- an upright and literary aspect of the southern culture that rarely gets an adequate hearing in pop music. And like so many of the southern writers they grew up reading (James teaches and is currently writing a book on William Faulkner) The Wilson brothers often pull songs from the darker regions of the human imagination-- slyly and earnestly scratching at their own spiritual scabs with both humour and sincerity, as a way of exploring life’s enduring complexities: faith, love, and the weirdness of time. It gives the whole record a unique atmosphere of tragicomedy-- equal parts post-adolescent anxiety and old-soul humility. In search of the proper nomenclature, one critic would simply describe Sons of Bill as “metaphysical american music.”

Its a record that was years in the making. After touring extensively on both sides of the Atlantic on breakout record Love & Logic, the band was beset by a series of personal and painful tragedies. There were divorces, addictions, and undiagnosed mental conditions within the band, that seemed to creep up out of nowhere. To make matters worse, youngest brother James (tragically and comically) fell on a champagne glass in the middle of the recording process-- severing five tendons and the median nerve in his right hand. He not only lost all movement of his fingers, but all feeling in his hand as well. He was given the diagnoses that he may never be able to play guitar again.

“Sorrows never come as single spies. But only in battalions” James said, quoting a line from Hamlet that was often referenced by the Wilson’s father. “I think we were all raised with a certain tragic sense of life, which has always come through in our songs, but until you’re in the paralysing throes of adult suffering, you have no idea how dark it can actually be.”

“It certainly marks a moment, where we could have hung it up,” James continued, “We had all lost the innocence of youth, each in our own way, and in many ways, that innocence is an essential part of being in a band. Too much reality is absolutely lethal to a certain type of art-- rock music especially. It needs a certain infantile grandiosity--the courage of its illusions and dreams. It’s why we love it, and why it feels harder to make vital music as you get older and the ugly realities of everyday life begin to set in. But I’m glad we all took the time to simply channel all that was happening into making a different sort of record. If we had tried to make the same youthful rock record over again it wouldn’t have worked. We just wouldn’t have been able to do it.”

The end result on Oh God Ma’am is the sound of a band growing up-- sober, healthy, wiser, intentional--even grateful. While these themes of struggle and survival certainly make their way into lyrical elements of the record, they do so with a sense of poetic distance--the voice of a wisened mind observing itself-- taking stock of life’s inherent struggles with clarity and grace without any of the youthful naiveté of trying to resolve them. As James asks himself on “Where We Stand,” an apparent existential fist-pumper about life’s random suffering. “If you never get used to this, could you love it all in spite of what it is?”

Musical highlights on Oh God Ma’am abound-- from the lush, meditative, dream world of love and its illusions “Good Mourning (They can’t break you now)”, or its bawdy antithesis, “Before the Fall,” a propulsive ode to youthful indiscretions reminiscent of Summerteeth era Wilco-- the Sons of Bill are obviously committed students to the vast and varying decades of popular music. You can hear everything from Neil Young to New Order--insistent, dancey rhythms with an ethereal rock and roll swagger, all with the poetic distance and humility of Virginia boys who grew up listening to much older music. Those with a taste for the murky indie of the mid-aughts will sink into “Green to Blue” and “Signal Fade” while the driving hooks of “Believer / Pretender”, “Firebird 85”, and “Where We Stand” will quicken the pulse of any cinematic rock fan.

Sons of Bill essentially make roots music in the best sense of the term. For a modern genre that is often more sartorial than musical, Oh God Ma’am is the timely antidote-- excavating the vast annals of traditional and popular music to craft a rare and refreshing album of nuance and depth in a confusing and overstimulated age. It’s a soundtrack of love and survival-- in a time when it is a triumph to simply survive. As James harmonises with Molly Parden on the duet “Easier”-- all of the struggles, in art as in life, persist in the hope that someday “when it's easier / they’ll know we were the vines that held / the walls upright / For all this time.”

“Dynamic and literate... astral Southern rock in the grand tradition of Murmur”

“Reaching far beyond their Americana roots, Sons of Bill brew up a lush, literate sound with this year's Oh God Ma'am, a wide-ranging album that mixes honesty, hooks and headiness in equal measure." 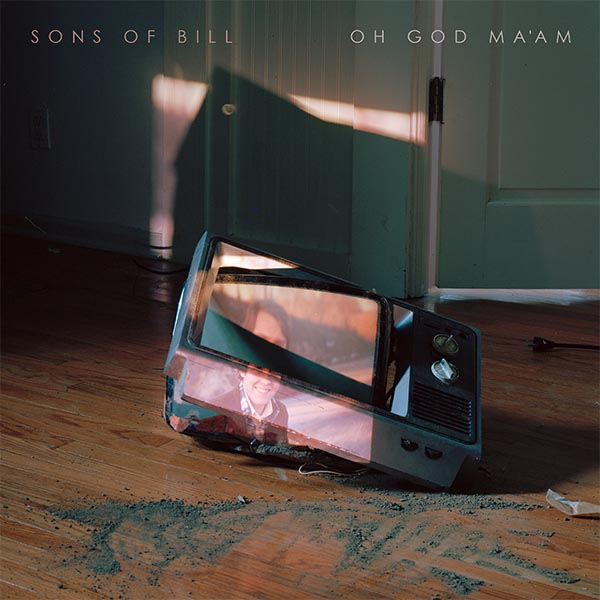